Says Persons with disabilities should be allowed to participate in politics, elections

by Abimbola Fabunmi
in Nigeria, Politics
Reading Time: 2 mins read
556 5
A A
0 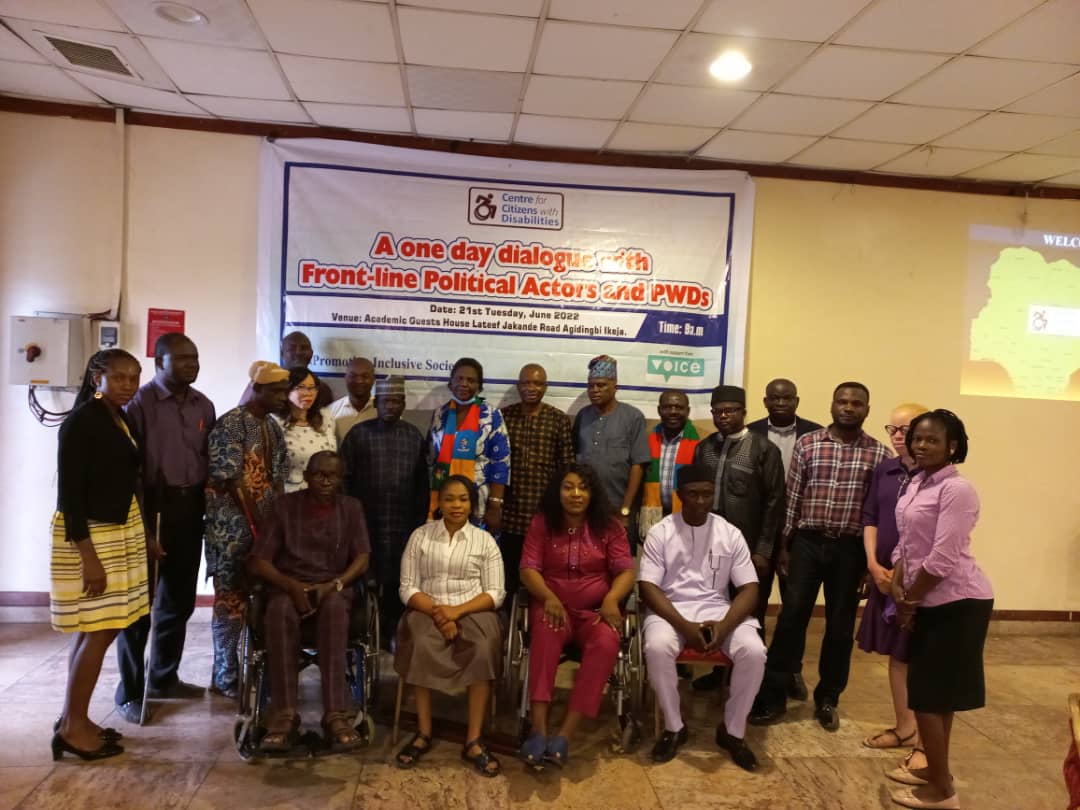 Centre for Citizens with Disabilities (CCD) has appealed to  political parties within the country  to include Persons with Disabilities (PWDs) in their constitutional frameworks, programs and activities  to ensure their inclusion and participation in politics and electioneering.

This call was made by Mr. David Anyaele, the Executive Director of CCD  in conjunction with Inter-Party Advisory Council (IPAC) and Voice Nigeria at an event  held in Lagos tagged ” A One Day Dialogue With Frontline Political Actors and PWDs”

He called on political parties to practice politics of inclusivity, manifestoes and programmes of event as the 2023 election approaches.

Anyaele observed that the PWDs were not really taken care of during the last general election and the just concluded governorship  elections in Ekiti state.

He stressed that the governorship election billed to hold next month in Osun state  will also be observed to see if INEC has taken the PWDs into consideration.

“We observe that in the last election, measures were not taken by political parties to include PWDs in elective positions in their parties. We are using this medium to tell them that the participation of PWDs is not charity but a Human right”. He said.

Similarly, Mr. Mobolaji  Segun the Lagos state chairman of the  Inter-Party Advisory Committee (IPAC), posited that the PWDs shouldn’t be left behind in the electioneering process, saying that IPAC is ready to accommodate and feature them in the scheme of things.

He praised the  CCD for coming up with a  programme which was paramount in addressing the challenges affecting PWDs during electioneering.

Segun appealed to various political parties in the country to accommodate and encourage PWDs into their programmes of event.

Continuing, Segun said that IPAC has made available free forms for PWDs as a means to encourage them to venture into politics.

The CCD also made an appeal to INEC to simplify the process for PWDs, adding that the process already in place is cumbersome and not helpful to them.

They urge INEC to make available devices that will aid the smooth voting process of persons living with disabilities.

They clamour for language interpreters and magnifier for people living with Albinism.

Speaking at the event ,the Director, Monitoring and Evaluation of the Lagos State Office for Disabilities Affairs (LASODA), Mrs Olukoni Abokai  urged political parties to carry the PWDs along.

She urged the PWDs to join their clusters at LASODA inorder to be carried along with goings on and activities of the union.

The Centre for Citizens with Disabilities (CCD) is a not-for-profit making and foremost human rights organization of, and for persons with disabilities that works to promote inclusion, participation, access, and the mainstreaming of issues of critical concern of citizens with disabilities in the programmes and activities of state and non-state institutions.