The 201 mobile courts set up by the Federal Road Safety Commission (FRSC), nationwide to prosecute traffic offenders during the yuletide season, will begin sitting on Monday.

Dr Boboye Oyeyemi, Corps Marshal of the FRSC, was on a nationwide tour , disclosed this on Saturday in Ibadan during his visit to Oyo State, in an effort to ensure free flow of traffic nationwide during the yuletide season.

The Corps Marshal said all his personnel would be mobilized to ensure motorist obey traffic rules and urged road users to comply with traffic regulations so as not to spend their Christmas and New Year in prison custody.

He called for maximum punishment for any motorists that assault any of his personnel, saying 71 of his officers were assaulted by motorists from January till date as a result of malicious behaviour of some road users.

Oyeyemi advised motorists to cooperate with FRSC personnel as we move towards the end of year 2018.

He said the commission has been able to bring down the number of road traffic crashes to single digit in 2018 compared to 2017, saying this was an indication that an appreciable achievement had been achieved.

Oyeyemi said the FRSC was embarking on critical assessment of key federal roads nationwide in which Lagos-Ibadan Express way tour-gate, Iwo road express way were among in order to ensure free flow of traffic during yuletide period.

“I am satisfied with the level of operation so far and we are complying with the directive of President Muhammadu Buhari to ensure free flow of traffic and reduce road crashes.

`I have set down full enforcements to ensure removal of obstruction from high ways, proper manning of all diversion areas so that we don’t experience gridlock and rescue team fully activated among others,’’ Oyeyemi said.

Oyeyemi urged road users to plan their journey and not to be in haste to complete the journey of four hours in two hours, saying most federal roads were now undergoing repair and motorist may not spend the normal time they spent when traffic was light.

He promised prompt response of the commission whenever there was traffic obstruction or road crashes and appealed to motorists to cooperate adequately.

Oyeyemi also urged the FRSC personnel conduct themselves in a professional manner.

Barcelona bans Dembele from switching off his phone 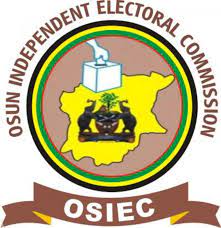 Barcelona bans Dembele from switching off his phone