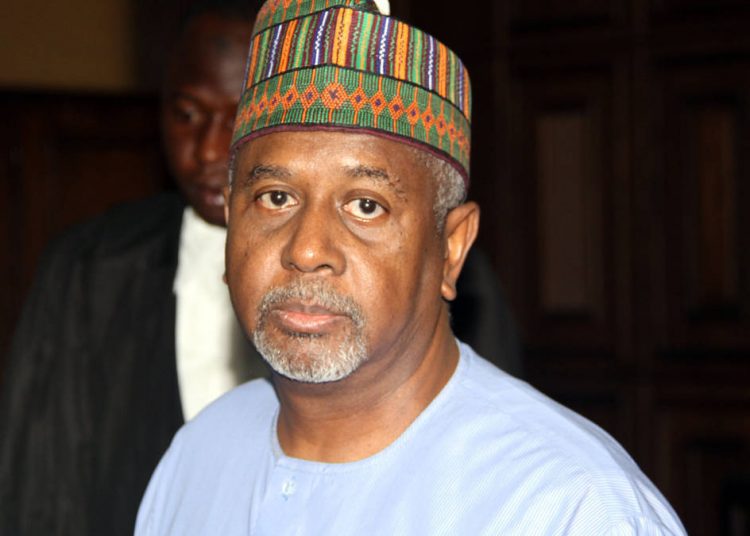 Baba-Yusuf gave the order, following an application by Ahmed Raji ,SAN, Dasuki ‘s counsel, praying for the release of the passport dated and filed on Feb. 11.

Raji had sought for the release of the passport to enable Dasuki renew the expired passport, which has been in the custody of the court for the past four year.

The prosecuting counsel, Mr Oluwaleke Atolagbe, did not object to the relief sought by Dasuki.

Meanwhile, the judge adjourned until March 13 for hearing of the substantive case.

Dasuki is being tried alongside other defendants before Justice Hussein Baba-Yusuf by EFCC since 2015 on alleged misappropriation of fund made for arms.

NAN reports that in the charge , with number FCT/HC/CR/42/2015, he was charged alongside a former Minister of State for Finance, Ambassador Bashir Yuguda; a former Sokoto State governor, Attahiru Bafarawa, his son, Sagir and his company, Dalhatu Investment Limited.

They are facing a 25-count charge bordering on alleged criminal breach of trust, misappropriation of public fund to the tune N19.4 billion.

Similarly, Baba-Yusuf adjourned until April 9 for hearing of the sister case.

EFCC applied to withdraw their two applications filed on Oct. ,2019 and Dec. 20, 2019 and the applications were struck out.

They were first charged in November, 2015 on a 19-count charge bordering on money laundering and breach of trust to the tune of N13.5 billion alongside a former Director of Finance and Administration, Office of the National Security Adviser (ONSA), Shuaibu Salisu, who was later removed from the charge.

Other defendants were on May 16, 2018 re arraigned on an amended 32-count charge bordering on criminal breach of trust, dishonest release and receiving various sums of money to the tune of N33 billion and misappropriation.