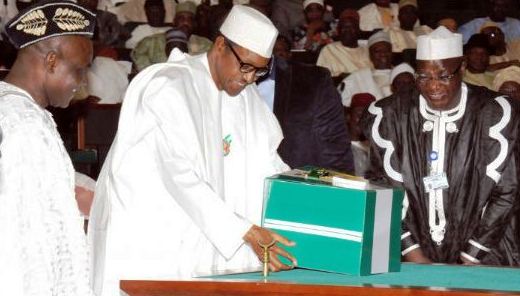 The Brent crude futures continued to trade around the $57 mark on Tuesday, giving Nigeria a hope of being able to get something from oil revenue to fund its 2020 budget as envisaged.

The price of the commodity had been facing south lately, no thanks to the deadly coronavirus, nicknamed CONVID-19 by the World Health Organisation (WHO), which originated from China, causing low demand for oil.

The bearish performance of the Brent Crude this year had seen it drop by more than $10. However, since last week, the commodity started a recovery that has brought it up to its present level.

On Tuesday night, the international crude benchmark, on which Nigeria’s oil is priced, rose by 0.06 percent equivalent to 3 cents to trade at $57.65 per barrel, while the US West Texas Intermediate (WTI) crude also moved up marginally by 0.03 percent or 2 cents to trade at $52.02 per barrel.

When the federal government prepared the 2020 budget last year, it was estimated that oil prices would average in the year at $57 per barrel on the hopes that the US-China trade deal agreement would push demand higher, causing rise in the price. Though at the beginning of this year, oil was rising, mainly due to an escalation of the US/Iran enmity. However, the coronavirus brought pains to oil.

The outbreak put pressure on Nigeria’s plan to raise N2.64 trillion in revenue from crude oil sales from output of two million barrels a day.

But the 2 million production estimate may be under threat as the Organisation of the Petroleum Exporting Countries (OPEC), which Nigeria belongs to, is planning to further ask its members to reduce what they produce so as to support prices.

Last year, Nigeria, which has previously been exempted from output cut due to unrest in the Niger Delta that affected its supply, agreed to a 57,000 barrels per day cut in order to support prices.

In January 2020, Nigeria pumped 1.776 million barrels of oil per day (bpd), according to OPEC’s secondary sources in its monthly report, and with already unsteady revenue, a further cut will mean less production.

There has been delay in implementing the latest proposal, which may have Nigeria further cut its production by another 57,000 barrels per day or less. Russia, a member of OPEC+, is yet to agree to the further 600,000 bpd being recommended by the group.

Oil ministers of OPEC and non-OPEC countries, known as OPEC+, will next meet in Vienna on March 6 as initially planned, it was revealed on Tuesday.

He also stated that the country will make its stance on the cut know in a few days and market investors will be waiting because any possible positive outcome will help prices up, by extension – a good news for Nigeria.