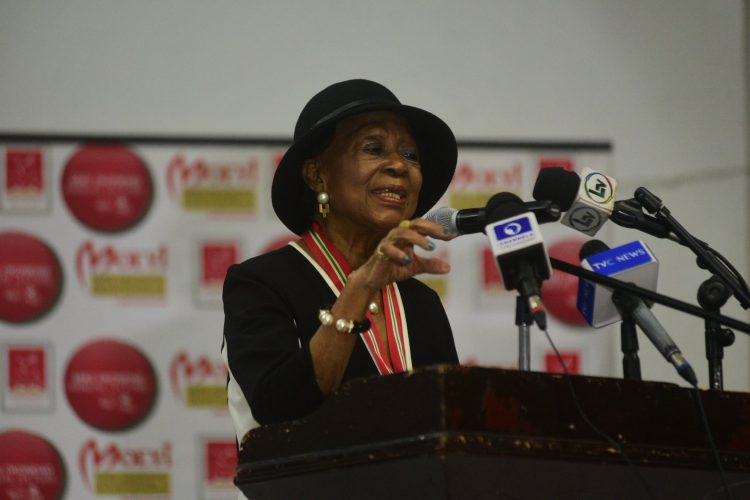 First Nigerian female lawyer, Chief Folake Solanke has called on educational institutions, including the Joint Admission Matriculation Board (JAMB) to put stop to what she has described as national educational scandal.

TheNewsGuru (TNG) reports Chief Folake made the call on Thursday in her remarks as chairman of the 20th edition of Mike Okonkwo Annual Lecture, held at Shell Hall, MUSON Centre, Onikan, Lagos.

At the lecture, 16 year old Esigbone Fernand of Roshallom International Secondary School, Egbeda, Lagos State, was awarded N100,000.00, a laptop and a plaque, being the first prize for the Mike Okonkwo National Essay Competition for Secondary School students in Nigeria with an average of 68%.

“I am relieved that the average percentage of the winner was 68%. One of my current crusades is to protest the damaging policy of educational institutions, schools, colleges, universities, the Law School… who accept less than 50 as a passmark.

“As a former teacher of Latin and Mathematics in England and Nigeria, anything below 50 is a failure. Now institutions accept 40% as passmarks.

“Thus, many students enter educational institutions with such a low standard of performance and come out as unemployable graduates.

“I plead with educational institutions to stop the national educational scandal. I respectfully invite the gallant people here present to participate in this protest and be part of the public conversation to stop this erroneous policy.

“In my Speech in the Abeokuta High Court, Ogun State at the Special Court Session in honour of the retiring Hon. Chief Judge of Ogun State on the 28th day of August 2018, 1 said as follows: Passmarks in Examinations in Schools, Colleges and Universities, I am astonished to know that educational institutions, including the Law School, now accept marks below 50% e.g. 40, 45, 48 as passmarks.

“I just heard to my consternation that one institution accepts 120 out of 400 as passmarks! Infandum! Unspeakable!

“It is my humble plea that educational institutions should not descend to the substandard orientation of pupils and students, many of whom are indolent. Students should be held to a higher standard of performance in order to improve the quality of our graduates. Currently, people are appalled about the poor performance of our so-called graduates. It is advocated that a passmark is 50% and above. Below 50% is a failure.

“The authorities must be partially blamed for poor academic performance of graduates. Mediocrity should not be encouraged, rather students should be encouraged to aspire to reach academic Utopia.

“My learned friend of the Silk Aare Afe Babalola SAN, the erudite and eminent founder and Chancellor of the 21′ Century modern university — Afe Babalola University (ABUAD) — in his Lecture delivered on his behalf by the Provost of the College of Law, Prof Smaranda Olarinde at the Annual Conference of Nigerian Law Teachers in Ibadan on “Repositioning Legal Education for National Development” on the 1st day of July 2019, wrote as follows:

“Also, the different cut-off marks for different universities would do more harm to the quality of education in the country. To correct this malaise, cut-off points for admission into Nigerian universities should be the same. A situation whereby some universities admit candidates who scored 140 or less out of a total mark of 400 is ridiculous.

“In our days, a child who scored less than 50 would incur the wrath of his teachers and would be caned for his indolence. But now, indolence is being encouraged by agreeing to admit people who scored as less as 30 in their qualifying examination.

“Thus, without any consultation on the scandal, we are on the same page! Please let us start a public conversation on this national scandal so that it can be stopped,” Folake said.

She stressed that in this day and age, in the world, not only in Nigeria, there is a serious diminishing culture of reading.

“It is to be emphasized that you must read well, so you can write well. If you do not read well, you cannot write or speak well.

“There is a dangerous misconception among students now, in relying on the “cut and paste” methodology which means copying other peoples’ brain work on the internet and not using their own brains.

“Concerning those who do not read, the world-acclaimed Wole Soyinka — the Nobel Laureate for Literature — has this to say: “Books and all forms of writing are terror to those who wish to suppress the truth.”

“The young people are reminded that the internet is an additional facility for learning, and not a substitute for it.

“I acknowledge the huge advantages of the internet, but I also shudder and shiver at its honors, e.g. nudity, pornography, breach of privacy “et cetera”.

“In peroration, I applaud the organizers for promoting this crucial interrogation of critical topics for the edification of the populace.

“We cannot pretend that all is well with our beloved country. However, with policies and programmes like the Mike Okonkwo Annual Lecture the Church is fulfilling its role to elevate the character of the nation.

“These lectures visibly demonstrate that the ministry of the Church does not end on the pulpit, but must reach out to the people in other dimensions of the society”. 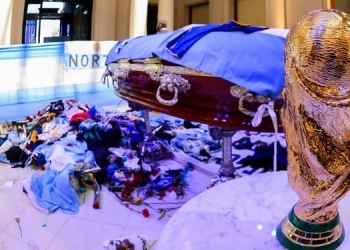 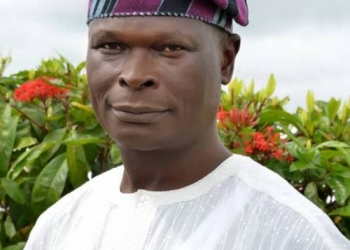