by Bayo Millz
in Nigeria
Reading Time: 3 mins read
A A
0 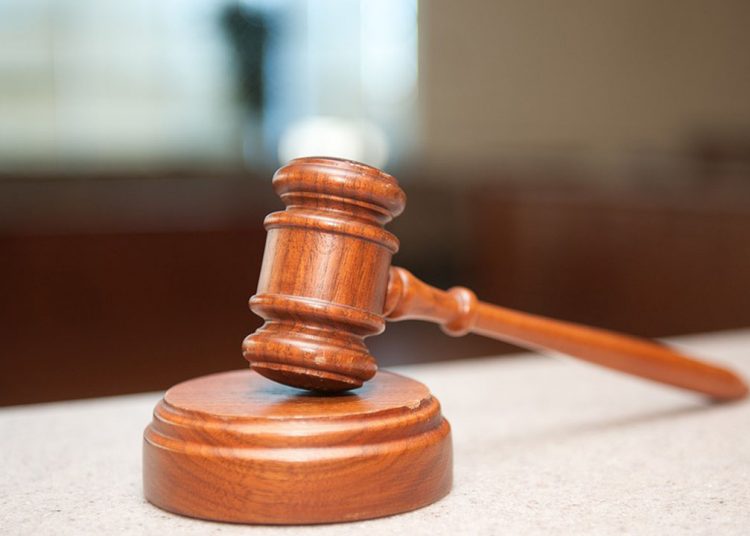 The EFCC Counsel, Farouk Abdullah, made the request during a sitting presided over by the trial Judge, Justice Ahmed Mohammed.

The News Agency of Nigeria (NAN) reports that at the beginning of the proceeding, Abdullah had asked for Exhibit ‘M’, ‘N’ and N1 which were tendered while taking the evidence of the sixth prosecution witness (PW6) on Oct. 17, 2018, and admitted in evidence by the court.

Yakubu was, however, arraigned on March 16, 2017 on six counts but the trial court struck out counts five and six while the Court of Appeal also ordered the former GMD to defend only count three and four which bordered on failure to make full disclosure of assets, receiving cash without going through financial institution and intent to avoid a lawful transaction I alleged violation of We too. 1(1) of the Money Laundering Act, 2011 and punishable under Section 16(2)(b) of the Act.

Abdullah told the court that Exhibit ‘M’ and ‘N’ were compact discs, while Exhibit ‘N1’ was a memory card.

He told the court that he had two applications in respect of the exhibits.

“My lord, one is, I apply for leave of this honourable court to okay the contents of Exhibits M, N and N1 for the viewing of the court and asked the first defence witness (Yakubu) some questions in respect of the content in furtherance to the cross examination by the counsel.

“My second application is, may I request this honourable court to direct the registry to assist the prosecution with a lap top, a projector and a projector screen to aid the display of the contents of the proceedings.

“In the alternative, the court may wish to direct the prosecution to use its own devices which are readily available in court to display the contents of the aforementioned exhibits,” the EFCC lawyer said.

However, Counsel to the defendant, Ahmed Raji, SAN, opposed the application.

According to him, my first objection is that this witness who is the defendant in court is not a maker of the exhibits which in the eyes of law are documents.

“This ought to have been done through the witness who produced the document (PW6) and who is the maker and who tendered exhibits in them.

“He merely dumped them,” Raji argued.

The senior lawyer also argued that allowing such application would be going contrary to “the directives of the Court of Appeal as to what is to be done in the suit.”

Referring to the last paragraph on Page 56 of the Appeal Court judgment delivered on April 24, 2020, the counsel said the court categorical stated that “the purpose of sending us back is for the appellant to explain his own side of the story by entering his own defence in respect of count three and four of the charge.

“It is not for the prosecution to reopen the case of its own.”

According to him, if such is played now, I won’t have the opportunity of cross examining the maker of the clips tendered in court.

“Cross examination is not meant to bring back dumped documents.

“The prosecution wants to breathe life into a dumped document,” he said.

Raji, who urged the court to dismiss the request in the interest of justice, cited a Labaran Maku Vs. Al-Makura case delivered at the Supreme Court.

The EFCC lawyer also disagreed with Raji, saying “the first issue is whether the exhibits sought to be played to the court are exhibits before this court.

“The court is invited to look at proceedings of 17 day of October, 2018, where the court admitted the documents and marked them Exhibits M, N and N1.

Abdullah, who enjoined the court to look at the provisions of the Evidence Act as to whether a counsel in a trial has a right to make use of exhibits already before the court at any stage of proceedings in determining an issue, particularly in cross examination, submitted that an exhibit already before a court could be used to either establish a fact or dispel a fact at any stage of a proceeding.

“It is a right that can be enjoyed by both prosecution and defence.

“We urge my lord to so hold and answer this in affirmative,” he said.

The lawyer, who said the Labaran Maku case referred to by Raji was a misconception, said: “The submission that the exhibits are dumped is tantamount to preempting the court or proving to have a judicial capacity.

“And from the record of this honourable court, the court has not taken any position.

“We urge the court to so hold.”

Justice Mohammed adjourned the matter until July 14 for ruling.