Okowa stated this at the Service of Songs and Night of Tributes which held in Victoria Island, Lagos.

Governor Okowa, who was represented by the Honourable Commissioner for Information, Chief Patrick Ukah, said he felt greatly touched by the news of his transition because “he was a respected senior citizen, a strong pillar and a leader in the Urhobo nation, the state and indeed our dear country.

We have no doubt, lost a great, honest, straight forward and patriotic citizen”, he said.

He described the late General as a “detribalized elder statesman who stood for the unity of the state and indeed Nigeria throughout his life time. He was dependable. He exhibited astonishing intelligence in handling issues.

“He was always on the side of peace. We should be inspired by his legacies”, he said, adding, “he was one of the finest officers of the Nigerian Armed Forces”.

The Service of Songs and Night of Tributes led by the Military Chaplain marked the beginning of week-long obsequies for the late General as announced by his family.

It was attended by an array of Military officers, top dignitaries from the Urhobo nation, members of his famous Old Boys Association of Government College Ughelli (GCUOBA) and a host of others.

Speaking at the occasion, the Chief of Army Staff, Lt Gen Tukur Yusuf Burutai, who was represented by Maj Gen Martins O Enendu, Deputy Commandant, NAFRC, said though by tradition, the Army keeps its tribute till the graveside ceremonies, nevertheless noted that “if we have inherited an Army that is solid, it is because of the foundation laid by fathers like the late Gen Ejoor ”.

The tributes came in torrents from his children, family members and GCU Old Boys Association.

The Late Ejoor was variously described as a man who led an exemplary life, a disciplinarian, role model, peace loving, intelligent, a great golfer and above all, a lover of God, who never allowed his achievements to becloud his love and commitment to God.

Born in 1932 in Ovu, Delta State, Ejoor had his secondary education at the famous Government College Ughelli where he was the School Prefect and Captain of Athletics.

He joined the Nigerian Army in 1953 at its beginning; he was in the first set of Cadets and among the first dozen officers to train at the Royal Military Academy, Sandhurst, England.

In 1960, then Captain Ejoor, he commanded the Army Guards at the Flag-Raising Ceremony on Nigeria’s Independence Day on October 1, 1960.

He was the first indigenous Commandant of the Nigeria Defence Academy. He was the first Military Governor of Midwest Region, now Edo and Delta states. And later served as the Chief of Army Staff (COAS).

He retired from the Army in 1975 at age 43 and thereafter became the President General of the Urhobo Progress Union (UPU). 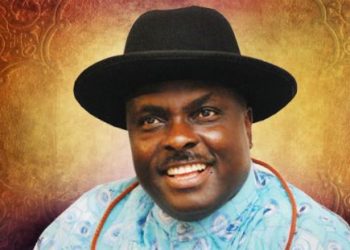 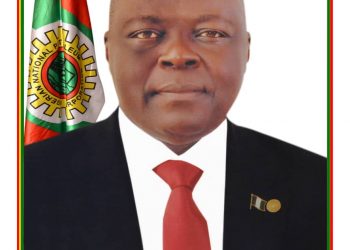