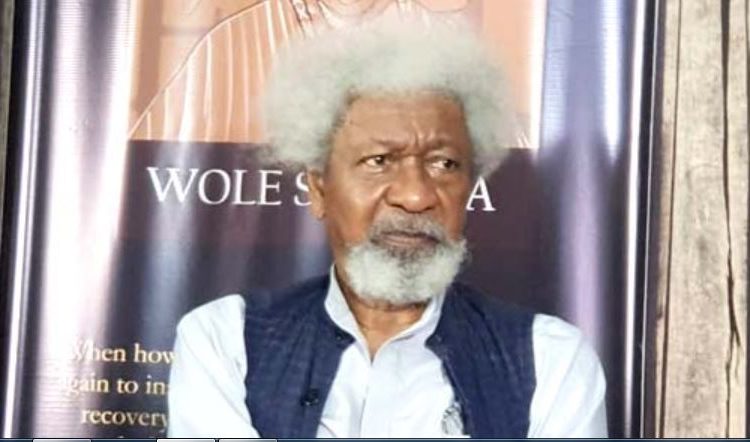 Nobel Laureate, Prof. Wole Soyinka on Thursday distanced himself from the ideologies of the ruling All Progressives Congress (APC) and its main challenger in the forthcoming polls, Peoples Democratic Party (PDP).

The Nobel Laureate advocated the birth of a new direction as a credible alternative to the dominant APC and PDP.

Soyinka said this on Thursday at an interactive session at Freedom Park in Lagos titled, ‘Citizen Forum 2019’.

The playwright had last month seemed to lean towards President Muhammadu Buhari when he faulted ex-President Olusegun Obasanjo’s support for former Vice-President Atiku Abubakar of the PDP.

Speaking on Thursday, however, he said, “It is time for a totally new direction, and when an alternative emerges, we will give the candidate our backing,” he said.

“For the avoidance of doubt, let me make my position quite clear because I don’t want any ambiguity; I, Wole Soyinka, will not be voting for either the two so-called contesting parties. I find both of them worthy of absolute rejection.

“For a number of reasons which I will not go into here, I’m not interested in a comparative assessment. My position is simply that it is time for a totally new direction. And obviously, I’m not the only one, as I’m speaking, there is a coalition having its meeting in Lagos from which they hope to produce a consensus candidate.

“There is another group meeting in Abuja, also at the end would send us their consensus candidate. Things have been going on quietly in the background to try and change the direction of this nation in a very positive way and to make the public understand that they do not have to be enslaved permanently to the old discredited order. It is my sole business in this election.

“And a creative vote means that the will to at least sow a seed through your vote that will germinate eventually. The pace of germination is beyond the control of everyone, but it is never too early to make a beginning. It has happened before in other societies. When a dark horse emerges from nowhere and trumps all the political juggernauts caterpillars and so on with their performers, worthless, their capacity for violence and treachery,” he said.