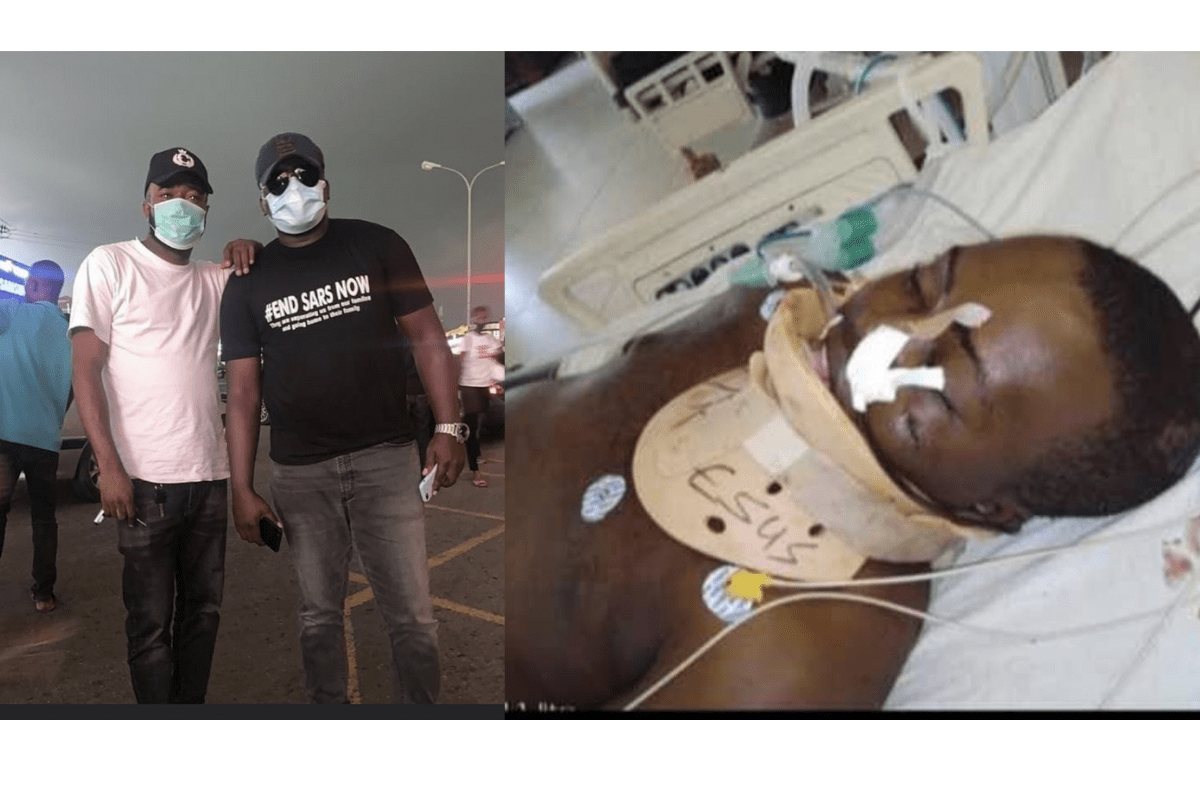 #ENDSARS campaigners were thrown into mourning yesterday, following the death of a protester, Anthony Onome, who was attacked by suspected thugs in Abuja.

Onome, the victim, was stabbed on Saturday when he and other agitators protesting against police brutality were attacked by suspected hoodlums in the Kubwa area of the nation’s capital.

Recall there TheNesGuru had earlier reported how suspects hoodlums attacked protesters in Abuja, Lagos, Osun among other states.

Onome was later taken to the National Hospital, Abuja, where he died while receiving treatment.

Tayo Haastrup, the hospital spokesperson, confirmed his death to newsmen on Sunday night.

Haastrup identified the deceased as one of those in the hospital’s morgue but said he could not confirm where he had been brought from.

Onome was admitted in the hospital and transferred to the intensive care unit before he passed on.

The internet was awashed with videos of how he was struggling to walk after losing so much blood from a wound on the head.

Anthony Onome before his demise, he was stabbed multiple times during the Kubwa protest yesterday in Abuja and today his sister confirmed he didn't make it.