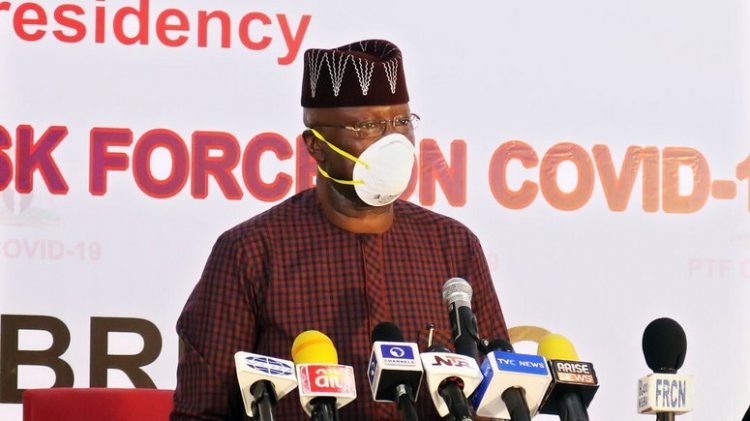 The Federal Government says the risk of a resurgence of COVID-19 pandemic in Nigeria is high due to the large gatherings of the #EndSARS protesters and the mayhem that followed.

Mr Boss Mustapha, Chairman of the Presidential Task Force (PTF) on COVID-19, made the disclosure at a joint national media briefing of the taskforce in Abuja on Monday.

“Over the past two weeks, Nigerians have focused attention on two important issues

“Namely, the protests by youths which has unfortunately metamorphosed into an unprecedented safety and security situation and COVID-19 developments in the country and around the world.

“Both activities are critical to our nation because the security situation impacts negatively on our economy, social life, international reputation and ability to effectively coordinate the national response.

“Also, the large gatherings witnessed during the protests and during the break-ins at various warehouses, homes and looting of stores put us at a great risk of a resurgence of the virus,’’ he said.

Mustapha, who is the Secretary to the Government of the Federation (SGF), said that the global pandemic situation had continued to escalate, with the cumulative number of infections crossing the 43 million mark.

“ Africa has recorded a cumulative total case count of 1,727,887 including 41,323 deaths. “Nigeria maintains the 5th position in highest cumulative cases after South Africa, Morocco, Egypt, and Ethiopia,’’ he said.

The SGF commended the Coalition Against COVID-19 (CACOVID) for partnering with state governments in the distribution of palliatives to their people.
“With the support of the federal government, CACOVID has been working with the states through the Nigerian Governors Forum (NGF) to determine the quantum of their intervention, which was intended to be effective and equitable.

“Of particular concern to the PTF is the issue of palliatives found and looted from various warehouses around the country.

It is important to make the following clarifications. “That the federal government palliatives consisted largely of the 70MT of grains released from the Strategic Grain Reserves as well as rice secured from the Nigerian Customs Service.

“The share for each state was handed over to the state governments for onward distribution to the citizens.

“A number of indices were worked out for this purpose. “The national coordinator shall also provide further distinction and the modus operandi for the distribution of the palliatives donated to the states by the coalition,” he said. 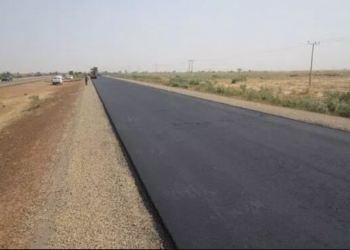