#EndSars: We will take firm steps to prevent anarchy in Nigeria – FG

by Femi Ajasa
in Nigeria, Top Story
0
30
SHARES
742
VIEWS
Share on WhatsAppShare on FacebookShare on TwitterShare on LinkedInShare on TelegramSend as Email

The Federal Government has warned that it will not allow the country to be thrown into anarchy following the violence that has trailed the #EndSARS protests.

The Minister of Information and Culture, Alhaji Lai Mohammed, stated this on Saturday when he featured on a late night Nigeria Television Authority (NTA) news programme, “Weekend File”

In the course of the programme entitled, “EndSARS Protest: The Way Forward,” the minister said Saturday’s assassination attempt on the Osun Governor, Adegboyega Oyetola, while addressing the protesters was a clear confirmation that the protests had been hijacked by hoodlums and people with ulterior agenda.

He noted that while the original conveners of the protests might have meant well, it was obvious that they were no longer in control of the initiative.

“Peaceful protest is an integral part of democracy and that is why the Federal Government in the last 11 days has treated the protesters in a very civilised manner.

“But, if you look at what happened to the governor of Osun state,it has gone completely beyond peaceful protest against excesses and abuse of power by the police.

“There is no where in the world where a government will folds its arms and allow the country to descend into anarchy.

“We are no longer dealing with #EndSARS but a volatile situation that can lead to anarchy if government does not take some very firm steps to protect the lives and livelihood of innocent Nigerians,” he said.

The minister added that the protests have gone beyond being peaceful because lives have been lost and innocent Nigerians, including workers and students, are passing through harrowing experiences.

Specifically, he said because the protesters are blocking the roads and highway, workers are finding it difficult to get to their offices and back home while many Nigerians are stranded on the roads.

“We have nothing against peaceful protest but there are civilised ways of doing so.

“This is by going to a venue where you are not going to disturb other Nigerians because where your own right stops, other persons’ right begins,” he said.

Mohammed said Nigerians should also see the protests as a smokescreen staged to undermine the administration and destabilise the country because all the demands by the protesters had been met by the government.

He reiterated that after the government had responded and met all the demands of the protesters, they ought to have nothing doing on the streets.

He recalled that the protesters on inception came with five demands including, that all arrested protesters should be released immediately and justice must be given to deceased victims of SARS including adequate compensation to be paid to their families.

The minister said the protesters equally demanded that there should be an independent committee to oversee the investigations and prosecution of any members of SARS found guilty of extra judicial killings.

He said they demanded that all personnel of the disbanded SARS must undergop psyhologicl and medical evaluation as well as retraining before they should be redeployed to other services of the Police.

The protesters also demanded that the salary of the police should be increased in a manner that will be adequately compensate for protecting lives and property of citizens.

In meeting the demands of the protesters, the minister said on Oct. 11, the Inspector-General of Police (IGP) dissolved SARS accross the 36 states Police Command and the FCT.

He said President Muhammadu Buhari, on Oct. 12 addressed the nation, stating that the disbanding of SARS was a first step in the comprehensive reform of the police.

Mohammed said that On Oct. 13, the IGP ordered all defunct SARS personnel to report at Force Headquarters in Abuja for debriefing as well as psychological and mental examinations.

On the same day, the Presidential Panel on the Reform of SARS accepted the five-point demand of the protesters.

He said the National Economic Council (NEC) presided over by the Vice President with the 36 state governors and FCT Minister as members met on Oct. 15 and directed the immediate establishment of state-based Judicial Panels of Enquiry across the country.

The panels as directed by the Council are to receive and investigate complaints of police brutality and related extra-judicial killings with a view to delivering justice for all victims of the dissolved SARS and other Police units.

The NEC also directed governors to immediately establish state-based special security and human rights committee to be chaired by the governor in each state.

The governors are also to supervise the newly formed Police Tactical Unit and other security agencies located in states.

The committee is to ensure protection of citizens’ human rights while members will include representatives of the youths, civil society groups and the head of the Police Tactical Unit in the state.

The NEC also mandated every governor to take control and initiate dialogue with the protesters in their states and the FCT.

The Council directed governors to set up a victim support fund so that those who have been victims of SARS brutality will be compensated.

The minister stressed that with all the steps taken, the government has done more in meeting all the demands by the protesters.

He appealed to Nigerians to be objective in assessing the situation and to see that what is going on is beyond peaceful protest but an attempt by some people to destabilise the country. 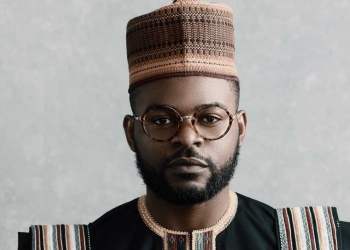