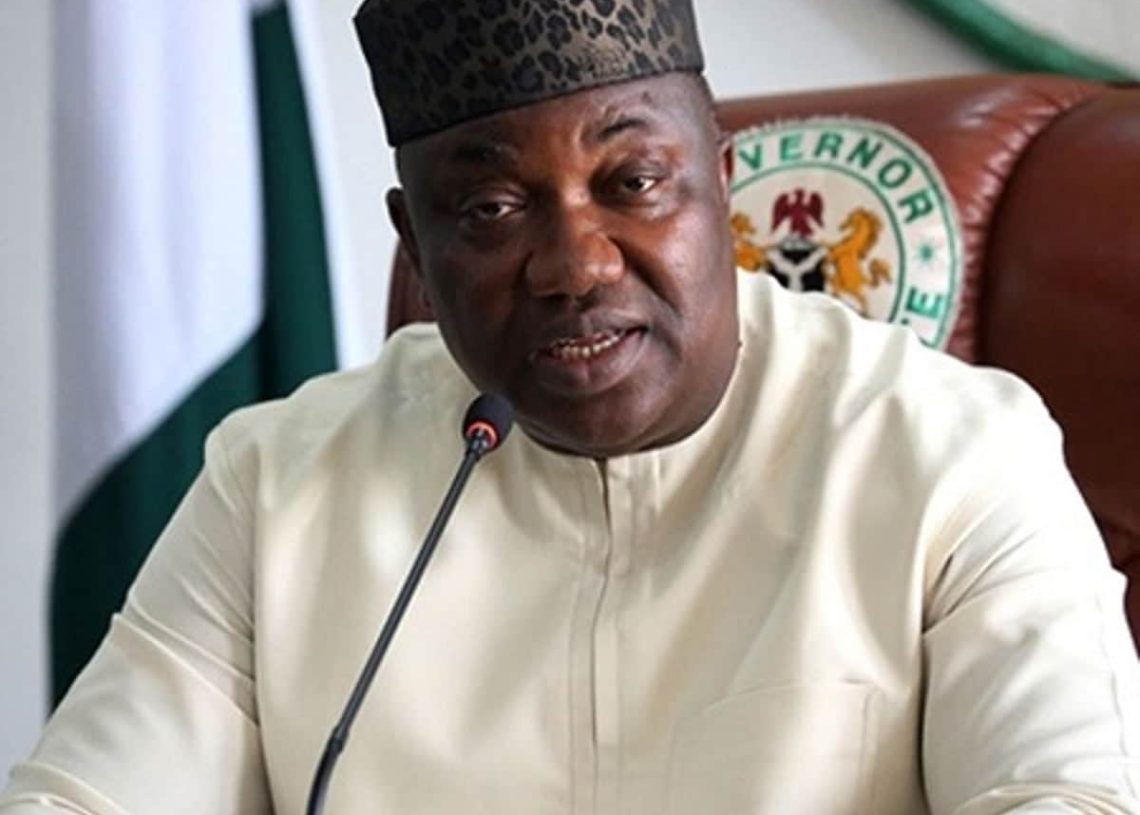 Justice Raymond Ozoemena has been sworn in on Tuesday as, the substantive Chief Judge of Enugu State, by Gov. Ifeanyi Ugwuanyi after serving for three months in an acting capacity.

His appointment on acting capacity was, due to the retirement of the former Chief Judge of the state, Justice Priscilla Emehelu, at the age of 65. The governor while swearing him in, said it was based on the recommendation of the National Judicial Council (NJC).

The governor describing the exercise, which took place at the state government house said “God’s will, made manifest at God’s own time” and congratulated the new Chief Judge.

The governor expressed  assurance that Ozoemena would bring juristic erudition, diverse experience and integrity to bear on the administration of the Enugu State Judiciary

“I wish you well and pray God to grant you stellar career as the Chief Judge of Enugu State”, Ugwuanyi added.

Responding, the new Chief Judge thanked the governor for his endurance and consistency in ensuring that he was sworn in as Acting Chief Judge for two consecutive times and then the substantive Chief Judge of the State.

Ozoemena promised the governor of his cooperation and support of the State Judiciary under his watch.

He pledged to maintain the tempo of peace and harmonious relationship that existed between the Executive and the Judiciary in the state.