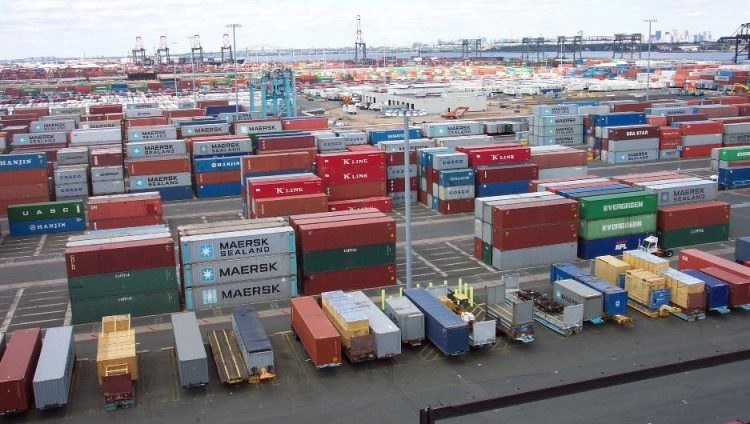 Nigeria’s maritime sector in 2019, the end of a decade, witnessed landmark events most of which cannot be said to be salutary to the growth and development of the sector. Top on the list of these events was the failure of President Buhari’s intervention in the decade-old Apapa gridlock as well as the abysmal failure of the task force he set up to restore sanity to the port access roads.

In May 2019, following persistent public outcry overthe havoc the notorious Apapa gridlock was wreaking on port business, commerce in Apapa and environs and the nation’s economy in general, President Buhari had issued an ultimatum to truck owners to vacate the Apapa port access roads and bridges within 72 hours. To enforce the ultimatum, he constituted a Presidential Task Force and charged it with the responsibility of enforcing the directive and restoring sanity to Apaparoads and its environs within two weeks.

The presidential order was sequel to a meeting said to have been convened by President Buhari and chaired by Vice-President, Yemi Osinbajo, on April 25, 2019.The meeting, it was reported, “proffered lasting solutions to the gridlock around the Lagos Ports, as the traffic congestion has continued to restrict all operations and livelihood in the area.”

Economic Diversification: We are repositioning Maritime Sector to take a lead – Buhari

But after all said and done, whatever “lasting solutions to the gridlock” said to have been proffered could not be translated to concrete action as the committee set up to implement the solutions bowed to the gridlock monster. At the expiration of the two-week ultimatum and the extra time, and even after spending more than six months on the Apapa access roads, the task force could not scratch the debilitating traffic gridlock. The task force eventually left without accomplishing the task amidst widespread allegations of extortions, bribery and corruption –just like their predecessors.

Another remarkable event in the industry was the closure of the so-called Secured Anchorage Area (SAA) in the Lagos pilotage district by the Nigeria Ports Authority (NPA), and its aftermath. The safe anchorage area was being run by a private security firm, Ocean Marine Services Limited (OMSL) in collaboration with the Nigerian Navy. The closure generated much heat in the maritime industry as the operators fought back, with everything culminating in an embarrassing verdict by the Senate.

Concerned by the security implication of the operation of the Secured Anchorage Area on national security and the huge cost it was adding to the cost of doing business at Nigeria ports, NPA had terminated the operations of the SAA following a directive by the Minister of Transportation, Rotimi Chibuike Amaechi.In taking the action, NPA had posited that the operation of the secured anchorage area posed a threat to national security, and increased the cost incurred by ship owners in bringing their ships to Nigerian ports.

NPA also maintained that the security of the nation’s waterways was the statutory responsibility of the Nigerian Maritime Administration and Safety Agency (NIMASA), Marine Police, and the Nigerian Navy. These government agencies are supposed to ensure the safety and security of Nigeria’s territorial waters, and not private security agencies. NPA further argued that an anchorage area is an integral part of its statutory responsibility and that the SAA operated by OMSL and the navy is located within the port limit which should be strictly under the management and control of NPA.

The operators of the SAA were charging ship owners $2,500.00 for the first day of anchorage and $1,500.00 daily for the period it stays at the SAA which is not less than 28 days. The operation and the collection of the charges began in 2014 with nothing going to the coffers of the government –another reason NPA moved to end the operation.

Following NPA’s action, the port industry was embroiled in controversy, leading to the emergence and demonstrations by hitherto unknown groups claiming to fight for security of ships in the Lagos waters. There were petitions and counter-petitions to the national assembly.

Consequently, the senate scheduled investigative hearings during which it listened to the aggrieved parties and other stakeholders. At the end of the hearings, the senate declared support for the operation of the SAA by OMSL and the Navy to the chagrin and surprise of stakeholders. Many stakeholders saw the support of the Senate for the operation of a private safe anchorage area around the Lagos ports limits as an act of compromise or stark ignorance.

Still talking of security of ships on Nigeria’s waters, insecurity of ships and crew continued to be an issue of international concern, with Nigeria being declared as the piracy hotspot of the world. There were more incidents of kidnapping, boarding, abductions, shiphijackings on the waters around Nigeria than any other part of the world, thereby conferring on Nigeria, the ignoble appellation of world’s piracy hotspot –a position once occupied by Somalia.

October 2019 saw the Federal Ministry of Transportation and the Nigerian Maritime Administration and Safety Agency (NIMASA) summoning the world together in Abuja for Global Maritime Security Summit to address the problem of insecurity in the Gulf of Guinea. The conferencebrought together officials from international agencies, governments, donor partners, shipping firms, oil and gas industry, navies and coastguards and maritime regulators across the globe, to discuss the options for tackling security challenges in the zone. Nigeria used the opportunity to intimate the world of its efforts to combat insecurity in its waters and the Gulf of Guinea.

But despite the efforts and investments Nigeria has made to ensure safety of navigation, insecurity continues to ravage her territorial waters and the Gulf of Guinea, with ugly incidents being recorded almost on a daily basis.

For several decades, specifically since the end of the Nigerian civil war, seaports situated at the Eastern part of the country have been suffering neglect and low patronage while the Lagos ports continue to witnesssporadic congestion from time to time. These ports include the ports in Port Harcourt, Warri, Onne, Calabar and Onitsha. Some of these ports appear really abandoned and neglected with decaying infrastructure and insecurity. This has driven shippers away from the ports and little or nothing had been done over the years to address the problem and maximize the potentials of these ports.

But in 2019, the Federal House of Representatives decided to take the bull by the horns. The House resolved in one of its sessions to get to the root cause of the neglect of the eastern ports. An ad hoc committee was constituted by the House and strictly charged to get to the root of the neglect of the ports and why they were suffering low patronage or underutilization, and to come up with solutions to the problem.

The ad hoc committee organized public hearings, toured all the ports, including Lagos taking submissions and position papers from stakeholders including journalists. As the year was ending, the ad hoc committee submitted its reports. Though the findings were not made public, it is expected that there will be a change in the fortunes of the Eastern ports if the lawmakers’ recommendations are implemented. ​

The year2019 has also gone down as the year Nigeria took a decisive measure against her neighbours by closing the land borders through which the nation’s economy has been bleeding through smuggling. For the first time, Nigeria refused to answer the ‘big brother’ as the land borders were closed in August are yet to be re-opened despite the unintended consequences on her economy and citizens and the groaning of her neighbours whose economies depend on Nigeria’s economy to a large extent.

On why the borders had to be closed, President Muhammadu Buhari had expressed concern over the smuggling of rice and other contrabands into Nigeria, saying that the activities of smugglers were threatening the self-sufficiency already attained by his administration’s agricultural policies. President Buharisaid through his Special Adviser, Media and Publicity, Femi Adesina, “Now that our people in the rural areas are going back to their farms, and the country has saved huge sums of money which would otherwise have been expended on importing rice using our scarce foreign reserves, we cannot allow smuggling of the product at such alarming proportions to continue.”

The border closure greatly affected the maritime industry as the ports are the major gateways to the economy. The implication of the border closure was the return of most of the cargoes that were being diverted to the neighbouring ports to Nigerian ports. The result was increased port activities, with many terminals that had been witnessing low business activities as a result of some government policies coming back to life once again.

Similarly, some berths that had been empty at the terminals equally became occupied, to the extent that ship queues have returned to the ports with the looming danger of port congestion, especially as the traffic gridlock on the port access roads continue to make prompt evacuation of cargoes difficult.

The year 2019 has also gone as a year Nigeria sufferedanother humiliating defeat at the International Maritime Organization (IMO), as it failed again in its bid to be re-elected into Category C of the IMO Council. The failure at the biennial election of the IMO made it four consecutive times that Nigeria contested and failed in the election bid. Nigeria won the election for the last time in 2007, losing the position in 2011, and since then has failed woefully in all attempts to get back the position in the comity of maritime nations.

Another event that made 2019 remarkable in the maritime industry was the failure of the government in its unsolicited efforts to establish another national shipping carrier. Nigeria once had a shipping carrier, the Nigerian National Shipping Line (NNSL) which was liquidated by the regime of late military dictator, Gen. Sani Abacha. Its successor, the National Unity Line (NUL) also died and since then Nigeria has no national carrier.

But the present administration came up with an agenda as soon it came to power in 2015 to float another national carrier. And after working on the project for more than three years, setting up committees and identifying foreign partners, the project collapsed in 2019 amidst jeers from industry stakeholders.

Economic Diversification: We are repositioning Maritime Sector to take a lead – Buhari

The path to grow Nigeria’s aviation, By Simon Tumba