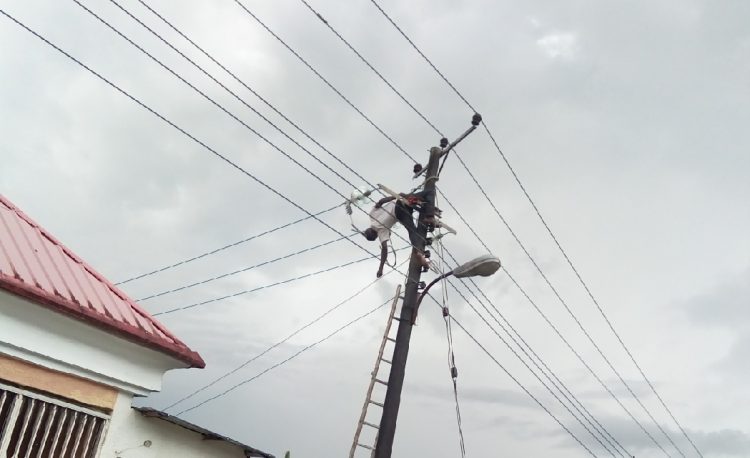 A utility worker, yet to be publicly identified by authorities, was electrocuted to death in Obunagha community in Yenagoa local government area of Bayelsa state on Friday.

TheNewsGuru (TNG) gathers at the scene of the incident that the utility worker, a man between the ages of 30 and 40, who was said to be from Southern Ijaw, was about working on a supply line close to Fido table water factory in Obunagha when the bizarre incident occurred.

The man was said to have gotten authorisation to work on the line, but did not wait for the line to be cut off from electricity power supply before starting work. He got into contact with live wire and was electrocuted to death.

By the time TNG correspondent got to the scene of the incident, the man, who reportedly hung on the utility pole for over 20 minutes, had been brought down.

A Toyota Camry with unconfirmed registration number later took the deceased away, after the body was recovered from the top of the utility pole.

At the scene, TNG correspondent observed that the man was not wearing any protective gear for the job. 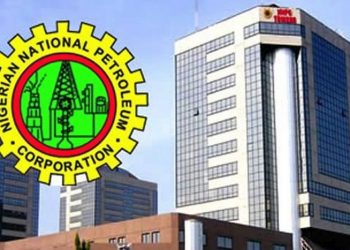 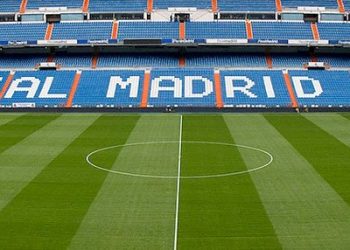 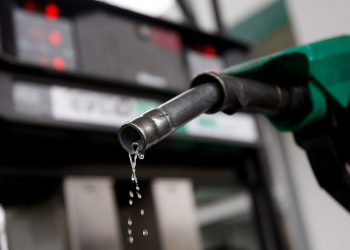