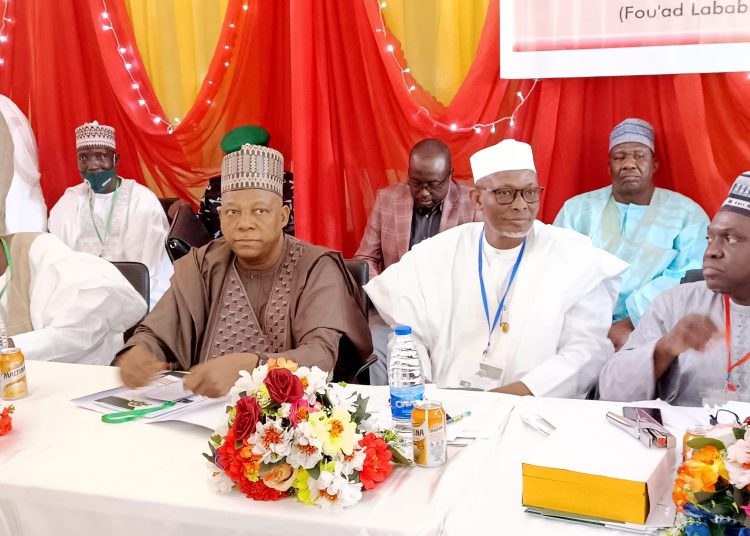 Bello made the call at the 18th Extraordinary Dawrah (Forum) of 17 imams from South-South, South East and South West with the theme, Imams Unity for National Development, held on Saturday in Abuja.

Newsmen reports that the forum was organised by the Committee of FCT Imams Initiative (CFII), under the Chairmanship of Sheikh Tajudeen Adigun.

Represented by Malam Muhammad Bashir, the Director, Human Resources Management, the minister also enjoined imams to pray for peaceful conduct of the 2023 General Elections in the country.

” The Federal Capital Territory Administration welcome this type of forum and indeed it is going to assist the administration in driving the affairs of the territory and the country at large.

” Particularly as the the theme of forum aptly captured, It has come at a better time as the nation is approaching the 2023 General Elections

” The conference will add value to what the administration is doing to enhance national cohesion in the Federal Capital Territory.”

Also, the Presidential Candidate of All Progressives Congress (APC), Sen. Bola Tinubu, also said that very little can be achieved in a country without unity.

The former two-term governor of Lagos state stated that islam has debunked any thoughts of racial or cultural superiority of one group of people over another.

Represented by his running mate, Sen. Kashim Shettima, he said the unity of Nigerians irrespective of their religion and ethnicity was important to the development of the country.

According to him, no nation, society or community can ever develop without unity and what binds us together supercedes what divides us.

” I’m extremely delighted that this forum is being attended by 17 imams from the Southern part of this country that are here to brainstorm.”

He commended the CFII for championing the course of promoting unity among Muslims with a view to enhancing national unity and development.

Earlier, Sheikh Adigun, explained that the conference was to remind the imams of Islamic brotherhood and unity, which was key to complete faith of a Muslim.

He said that Allah has mentioned imams in several chapters and verses of the Holy Qur’an, adding that the primary duty of Imams was to guides the people by the commandments of the Almighty Allah.

He explained that Imams must maintain the guidance of people as stipulated in the Qur’an and the teachings of prophet Muhammad.

He, therefore, urged Imams to champion the fight against corruption, noting that the best way to fight corruption is to connect man to his creator.

” If people fear Allah they will not steal. No amount of security votes, EFCC and ICPC can stop insecurity or corruption except the fear of Allah.

” Imams need to do a lots in fighting corruption but they themselves must be clean from corrupt practices because they cannot fight it if they are involved in it.”

On his part, Dr Haroun Ogbonnia, Vice President-General, Nigeria Supreme Council of Islamic Affairs (NSCIA), said the conference would “elevate the status of Imams from the level of beggarliness to self reliance.

” It is good that they have brought us from the Southern part of the country so that we can discuss our predicament which is more unique.”