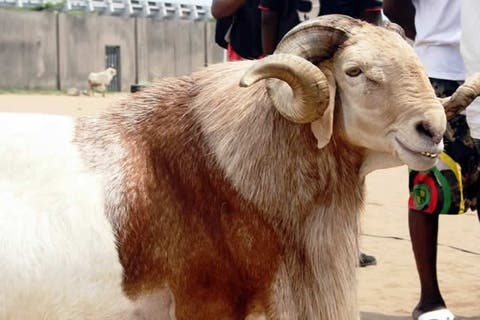 As Muslims faithful across the globe are preparing for the Eid Kabir celebration, the chairman, Federal Capital Territory (FCT) Ministerial Committee on City Sanitation, Mr Ikharo Attah, on Friday, declared that the administration would be seeking forfeiture orders against livestock traders conducting businesses on major road corridors in the nation’s capital.

He also warned them to desist from such acts, as his committee would not hesitate to take legal actions against violators.

Attah, who gave this warning while leading his team on a raid of an illegal ram market around Dutse Alhaji, said the administration had sacked the market in the past, vowing to confiscate rams found in any illegal market in Abuja while the owners would be prosecuted in courts.

According to him: “We want to get the ram selling very organised but we found out that people appear not to be willing to sell rams in an organised manner. We have given them points where they can sell rams so that those who want to buy will do so and sacrifice to Allah in line with the teachings of Islam.

“What we did today, we saw that the rams came and we rushed there but before we got there, they had evacuated the rams and ran away. We want to insist that everyone who wants to sell rams in this city must do that in only designated areas.

“We have the Dei-Dei ram market, the Kugbo ram market and all the abattoirs in Abuja which also have their ram markets attached and some few designated selling points in the city centre,” he stated.

Reacting to the sudden reappearance of ram sellers in the area, the Head of Monitoring and Inspection, Abuja Environmental Protection Board (AEPB), Mr Kaka Bello, said the administration would re-enforce the evacuation order on the illegal market.

He asked the livestock sellers to move to the designated markets, warning that the FCTA will not condone situations where people take advantage of festive periods to litter the streets and road corridors with livestock.