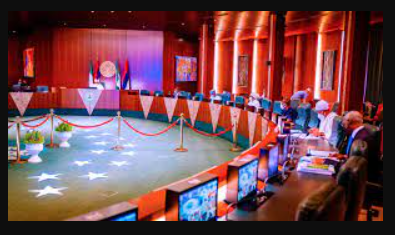 The Federal Executive Council (FEC) has approved the sum of N2.68 billion for the procurement of utility vehicles and gadgets for security agencies operating in the Federal Capital Territory (FCT), Abuja.

The council also approved 2.59 billion dollars for the development of Badagry Deep Seaport in Lagos State.

Muazu Sambo, the Ministers of Transport,  and the Federal Capital Territory (FCT) Minister, Malam Muhammed Bello, disclosed this during an address with State House correspondents on the outcome of the council meeting on Wednesday, which was presided over by President Muhammadu Buhari in Abuja.

According to Sambo, the Badagry project will be executed under a Public Private Partnership (PPP) scheme, saying the private sector will inject money into the port and manage it for 45 years.

“The project as approved by the council based on the final business case as approved earlier by the Infrastructure Concession Regulatory Commission in line with extant laws, stands at $2.59 billion.

“It is to be developed in four phases and the concessionary period is 45 years,” he stated.

Sambo said the decision taken by the government would further its goal of making Nigeria the maritime hub of the West and Central African regions.

According to him, the project will help Nigeria generate total revenue of 53.6 billion dollars over the concession period as well as create jobs and attract foreign direct investments, culminating with an enhancement of the wellbeing of Nigerians.

On his part, the FCT minister revealed that the council approved N2.6 billion for the procurement of utility vehicles and gadgets for security agencies to combat criminal activities across all the six area councils of the FCT.

He said: “Today, I presented a memo for the procurement of utility vehicles, security gadgets and accessories to support the security agencies operating within the Federal Capital Territory.

“These items are 60 utility vehicles, including communication equipment to be installed in the vehicles, to be supplied at the cost of N1,835,108,613,.95 with a delivery period of two months.”

He also revealed that the FCT administration also got approval for the procurement of more working tools for security agencies responsible for securing the territory.

“In addition to that, the council also approved the supply of various security gadgets and accessories to support security agencies in the FCT at a total sum of N847,139,764.57,” he added.

Bello said the support given to the security agencies was in line with the FCT administration’s policy of aiding their work, so as to enhance security within the territory.

On recent attacks in some parts of the FCT, the minister assured residents that “there are tremendous efforts by all relevant authorities, to ensure that the FCT continues to enjoy lasting peace’’.

Also addressing the correspondents on the outcome of the meeting, the Minister of Finance, Budget and National Planning, Dr Zainab Ahmed, revealed that council approved a new policy for the institutionalisation of the practice of monitoring and evaluation in Nigeria.

According to her, the programme is to be known as the National Monitoring and Evaluation Policy.

She said: “Today, the Federal Ministry of Finance, Budget and National Planning presented a policy memo to Council and the memo is on the National Monitoring and Evaluation policy for the country.

“The policy defines a framework for the institutionalisation of the practice of Monitoring and Evaluation (M&E) to promote good governance, learning and accountability for results that will contribute to improve socio-economic development of the country and enhance the well-being of citizens.

“The policy clarifies how M&E should be conducted in the country; specify the position, institutional and financial arrangements and the modalities for feedback, especially from citizens so that decision makers can make effective use of evidence by government and stakeholders to inform policy strategies and investment.’’

The minister added that the approved policy was developed in close collaboration with States of the Federation, development partners, academia and several experts as well as associations of monitoring and evaluation in Nigeria.

On the reported donation of security vehicles to Niger Republic by the Federal Government, the minister said the donation was made in the spirit of African brotherliness and being your brother’s keeper.

She said: “Over time, Nigeria has had to support its immediate neighbours to enhance their capacity to secure their countries as it relates to us. This is not the first time that Nigeria is supporting Niger, Cameroun or Chad.

“The president makes an assessment as to what is required based on the request of their president, as such, the requests are approved and the interventions are provided, to enhance their capacity to protect their own territory as it relates to security also in Nigeria,” she said.