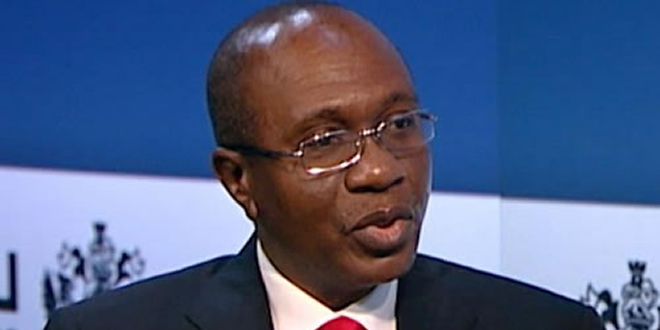 The Monetary Policy Committee (MPC) on Friday met and increased Cash Reserve Ratio (CRR) from 22.5 per cent to 27.5 per cent, which Governor of the Central Bank of Nigeria (CBN), Mr  Godwin Emefiele has said would help to address monetary induced inflation.

TheNewsGuru.com (TNG) reports CRR is a specified minimum fraction of the total deposits of customers, which commercial banks have to hold as reserves either in cash or as deposits with the central bank.

The aim of CRR is to ensure that banks do not run out of cash to meet the payment demands of their depositors, a crucial monetary policy tool used in controlling money supply in an economy.

CRR specifications give greater control to the central bank over money supply. Commercial banks have to hold only some specified part of the total deposits as reserves.

BBNaija: Brighto opens up on having sex with Dorathy

While briefing newsmen in Abuja on the outcome of the MPC  meeting, Emefiele, who disclosed that all 11 members of the committee attended the meeting while nine of them voted for the increase of CRR, explained that the committee was confident that increasing the CRR this time would help to address monetary induced inflation in the country.

He said increasing CRR from 22.5 per cent to 27.5 per cent would assist in retaining the benefits from banks’ loan to deposit ratio which he said had been sustained for increased credit to private sector as well as pursuing market interest rates downward.

CRR was increased from 15 per cent by 500 basis points to 20.0 per cent with immediate effect in November 2014. MPC retained CRR at 20 per cent until public and private sector CRR were harmonized at a single rate of 31 percent in May 2015.

MPC retained CRR at 22.5 per cent until it was increased to 27.5 per cent at the first monthly meeting of the committee of 2020.

According to Emefiele, the MPC retained other parameters apart from the CRR. He said the Monetary Policy Rate (MPR) was retained at 13.5 per cent and Liquidity Ratio at 30 per cent.

The CBN Governor stated that the committee also retained the Asymmetric Corridors at +200 and -500 basis points around the MPR.

Recall that CBN moved the first monthly MPC meeting for the year earlier announced to the public to today.

In a circular released by the apex bank, it was stated that the two-day meeting, which would be the 271st edition, was rescheduled to take place on Thursday, January 23, and Friday, January 24, 2020.

The central bank had initially asked members of the committee to gather for the meeting on Monday, January 20 and Tuesday, January 21 in Abuja to deliberate on some issues affecting the economy, especially the monetary aspect.

However, the bank changed its mind and fixed the meeting for another day, without giving any reason for this.

The apex bank only said in the statement that, “The 271st Meeting of the Monetary Policy Committee (MPC) has been rescheduled to hold” at the “MPC Meeting Room, 11th Floor, Wing C, CBN Corporate Headquarters, Abuja.”

Recall that at the last meeting, the MPC, by a unanimous vote, retained the Monetary Policy Rate (MPR) at 13.5 percent and also held other policy parameters constant, including the Cash Reserve Ratio (CRR) at 22.5 percent. The Liquidity Ratio (LR) was left at 30 percent, while the Asymmetric Corridor was kept at +200-500 basis points around the MPR.

Last week, the CBN disclosed that it has retained the minimum 65 percent of Loan Deposit Ratio (LDR) in the interim in a circular signed by its Director of Banking Supervision, Mr Ahmad Abdullahi.

The bank explained that it had noticed remarkable increase in the size of gross credit by the Deposit Money Banks (DMBs) to customers and directed all DMBs to maintain this level as well as ensure that average daily figures were applied to assess compliance.

Arising from the first MPC meeting of the year, Emefiele disclosed that nine of the committee members voted to retain the MPR and increase CRR owing to the rise in inflation.

“The committee by a decision of nine members voted to alter cash reserve requirement by 500 basis point from 22.5 to 27.5 percent; while leaving all other policy parameters constant.

“MPC voted to retain the MPR at 13.5 percent, and retain the asymmetric corridor of +200 and -500 basis point around the MPR; and lastly, retain the liquidity ratio at 30 percent,” he stressed.

Mr Emefiele added that the committee maintained MPR essentially for sustainable support to growth before any possible adjustment.

He stated, “This would enable policy to react suitably to development as they occur in the near term.

“Retaining the current policy position provides an avenue to evaluating the impact of the heterodox monetary and financial policies to support lending by the banking industry without altering policy rate.”

According to the governor, the committee noted that it will reduce the speed of economic recovery, relative to loosening, exert a drag on output growth as Deposit Money Banks continue to utilise bond sales, instead of engaging in financial intermediation to the private sector. 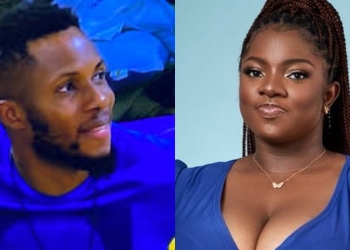 BBNaija: Brighto opens up on having sex with Dorathy Clowning in Davos, being good boys in UK - Owei Lakemfa