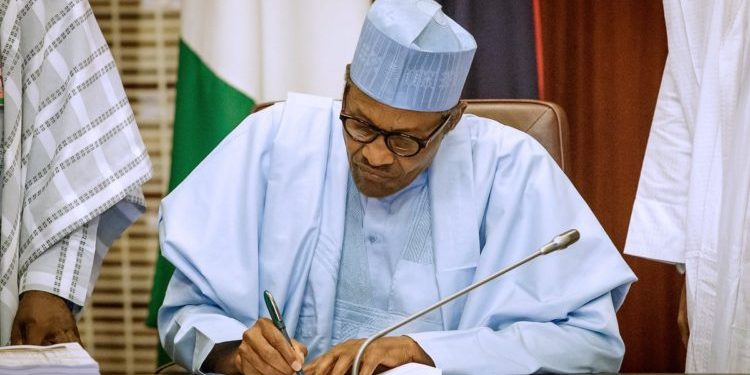 The Federal Government on Friday received the report of the committee on recommendations for the establishment of State Policing.

It also promised speedy implementation of the recommendations which include alternative funding mechanism and deployment of technology for intelligence gathering.

The Secretary to the Government of the Federation, Boss Mustapha, received the report from the 14-member committee, chaired by Permanent Secretary, Special Services Offices (SSO), Dr. Amina Shamaki.

Mustapha said Nigerians and indeed the present administration prides itself as having the political will to tackle the issues of insecurity occasioned by the activities of terrorists, kidnappers, bandits, militants which have remained serious threats to good governance, effective service delivery and overall economic development and wellbeing of Nigerians.

He added: “I am delighted to note that your work covered the issues of policy, institutional and legal frameworks as well as the underlying factors that impede the capacity of our security agencies to adequately contain the various manifestations of insecurity in our dear country.

“I equally note that your work touched on the need to deploy appropriate technology in the fight against the various dimensions of criminality, the context of coordinating internal security architecture, capacity development and professionalism of security personnel, citizens’ involvement in internal security management as well as innovative funding mechanisms of security agencies and their operations and not the least, welfare of personnel.

“I am highly delighted that you worked assiduously hard to exhaustively examine the Report of the Executive Course 40, 2018 and proposed some far-reaching recommendations, including implementation strategies aimed at reinvigorating the Internal Security framework and Community Policing in Nigeria within a short time frame.

“I have no doubt, therefore, that the outcome of your recommendations would enthrone a paradigm shift that will focus on Community Policing, re-orientation of citizens and building a sustainable conflict resolution process that would assist in solving the perennial security challenges in the country.

“Let me assure you that Government will critically, and without any delay whatsoever, study your Report and speedily give effect to the recommendations therein.” he said

Speaking earlier, Shamaki said: “The Committee has proposed innovative alternative funding mechanism to ensure the provision of infrastructure, equipping agencies with modern gadgets and weapons and for the welfare and wellbeing of personnel.

“The Committee emphasised the deployment of technology particularly, for intelligence gathering, pre-empting incidences of crime and for resolving complex investigations.

“We highlighted the need for the Security Committees at the State and Local Government levels, to be made functional and the involvement of all strata of the society including the integration of the informal security outfits into the Community Policing Strategy.”

The Inspector General of Police, Mohammed Adamu, who witnessed the report presentation, said that the time has come for the community policing to be implemented.

He said “We have been waiting for the report. Policing should be driven from community and not uniformed police.”

The committee’s terms of reference were: To study and analyze the findings; Recommendations and implementation strategies of the Presidential Parley Report by NIPPS and come up with policy statement for the consideration of the President.