by Femi Ajasa
in Nigeria, Top Story
17
SHARES
422
VIEWS
Share on WhatsAppShare on FacebookShare on TwitterShare on LinkedInShare on TelegramSend as Email
ADVERTISEMENT

Justice John Tsoho has been sworn in as the substantive Chief Judge(CJ) of the federal high court of Nigeria.

Tsoho who took over leadership of the federal high court in July from his predecessor Abdul Kafarati was sworn in Friday by the chief justice of Nigeria Tanko Mohammad.

Tsoho’s who was earlier elevated as acting CJ of the Federal High Court in line with the rules that enable the most senior judge to occupy the office of the CJ when the post is vacant has now been officially sworn in as the substantive chief judge.

Recall that a mild drama had earlier trailed the swearing-in of Tsoho as acting CJ in July – at the said time, Judges and staff of the court were earlier left stranded as the ceremony was delayed due to the absence of the CJN .

Justice Tsoho, who hails from Benue State in Nigeria’s North-Central geo-political zone, was appointed a judge of the Federal High Court on November 12, 1998.

He obtained his West African School Certificate from St.Michael’s Secondary School, Aiide, where he schooled between 1973 and 1977.

For his Advanced Levels study, coordinated by the Interim Joint Matriculation Board, Mr Tsoho attended Murtala College of Arts, Science and Technology, Makurdi, between 1978 and 1979.

In 1980, he enrolled at the University of Lagos where he obtained his Bachelor of Laws Degree (LL.B Hons) in 1984.

On completion of his youth service in 1986, he plunged into private legal practise before taking up a job in the Benue State judiciary.

Between January 1986 and December 1987, Mr Tsoho served as an inspector of Area Courts.

But in January 1988, he was appointed a magistrate in the Benue State judiciary. By the time he left that position in March 1996, he had risen through the ranks to become a chief magistrate.

In between his role as magistrate, Mr Tsoho served as an arbitrator in a contractual dispute during the period of February 1994 and June 1994. 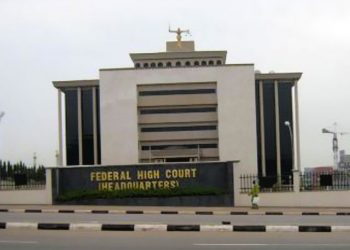