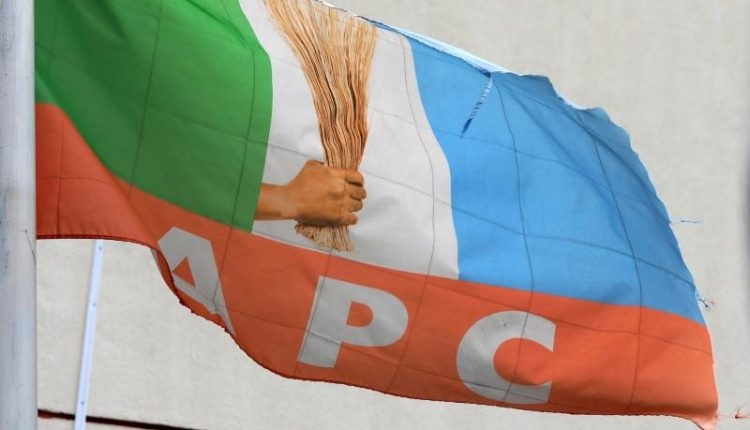 The crisis reared its head on Tuesday in a statement jointly signed by Senator Soji Akanbi, Senator Olufemi Lanlehin, Senator Ayoade Adeseun and former Minister of Communication, Barrister Bayo Shittu rejecting Otunba Adebayo Alao-Akala as the Chairman of the party’s Advisory Council in the state.

The three APC leaders in the statement emphasized that Otunba Alao-Akala was never appointed as the party leader at any of the recently held peace meetings both in Abuja and Ibadan.

A former Financial Secretary of the party in the state, Alhaji Kayode Adanla on Wednesday lashed out at the trio of Senator Soji Akanbi, Senator Olufemi Lanlehin, Senator Ayoade Adeseun and former Minister of Communication, Barrister Bayo Shittu for opposing the leadership of Otunba Alao-Akala as the leader of the All Progressives Congress in Oyo describing them as opportunists who are allegedly out to destabilize APC in Oyo state.

Alhaji Adanla in a statement in Ibadan accused the four signatories to the statement of using the already resolved crisis to boost their political image outside the state”.

According to the APC chieftain, the already defunct Unity Forum was birthed to resolve the problem of imposition in the Oyo APC, which was alleged caused by the late former Governor Abiola Ajimobi, preparatory to the local government election in the state in 2018.

He added that Senators Soji Akanbi, Olufemi Lanlehin and Ayoade Adeseun are outsiders who were never part of the defunct Unity Forum at inception.

“We need to set the record straight here. These four people who were said to be the signatories to the statement rejecting former Governor Adebayo Alao-Akala were not members of the defunct Unity Forum in the true sense of it.They are opportunists, scavengers and parasites who are using and exploiting the now dead Unity Forum to make money from politicians from outside Oyo State”, he said..

Alhaji Adanla added, “Soji Akanbi can never be described as a true member of the dead Unity Forum. At best, he was a member in the night and a member of SENACO under the late Senator Abiola Ajimobi in the day time.

“Senators Olufemi Lanlehin and Ayoade Adeseun were never part of the forum. Lanlehin was until recently a member of the ADC where he was pushed out, while Adeseun was also pushed out of the PDP. Both Lanlehin and Adeseun just joined the APC and their membership of the party is yet to be ratified. How then can they claim to be members of the Unity Forum which I helped to form in my office in 2018?”, he wondered.

The APC former financial secretary stressed that Oyo APC would no longer be left in the hands of those who he said are being bankrolled by some politicians from Lagos and Ogun states, adding that some of those who are claiming to be leaders of the party, particularly in the defunct unity Forum, are not electable and cannot win the 2023 elections in the state.

Adanla stated that “Oyo APC has been liberated. We don’t want moneybags or slavery in the party anymore. Power now resides with the people. What matters now is your integrity, goodwill, pedigree, honesty and trust. That is what we are building the party on”.

He added, “some of these people claiming to be leaders of the party are the ones getting one federal appointment or the other, but they are not using their offices for the benefit of the people of the state.”