by Abimbola Fabunmi
in Entertainment, Nigeria
Reading Time: 1 min read
A A
1 Filmmaker and rapper, JJC Skillz, has reacted to break up rumour rocking his wedding with actress wife, Funke Akindele.

In an Instagram post, JJC Skillz urged his wife Funke not to allow anyone spoil her mood.

Rumors on social media had it that Funke Akindele’s marriage was reportedly facing serious troubles.

However, in a post shared on his Instagram, JJC, who is presently in London, insinuated that their marriage is steady.

His instagram post reads, “The only rock that stays steady and the only institution I know that works is marriage.

“London is cool but I’m missing home @funkejenifaakindele my love have loads of fun with the children. See you soon at home. 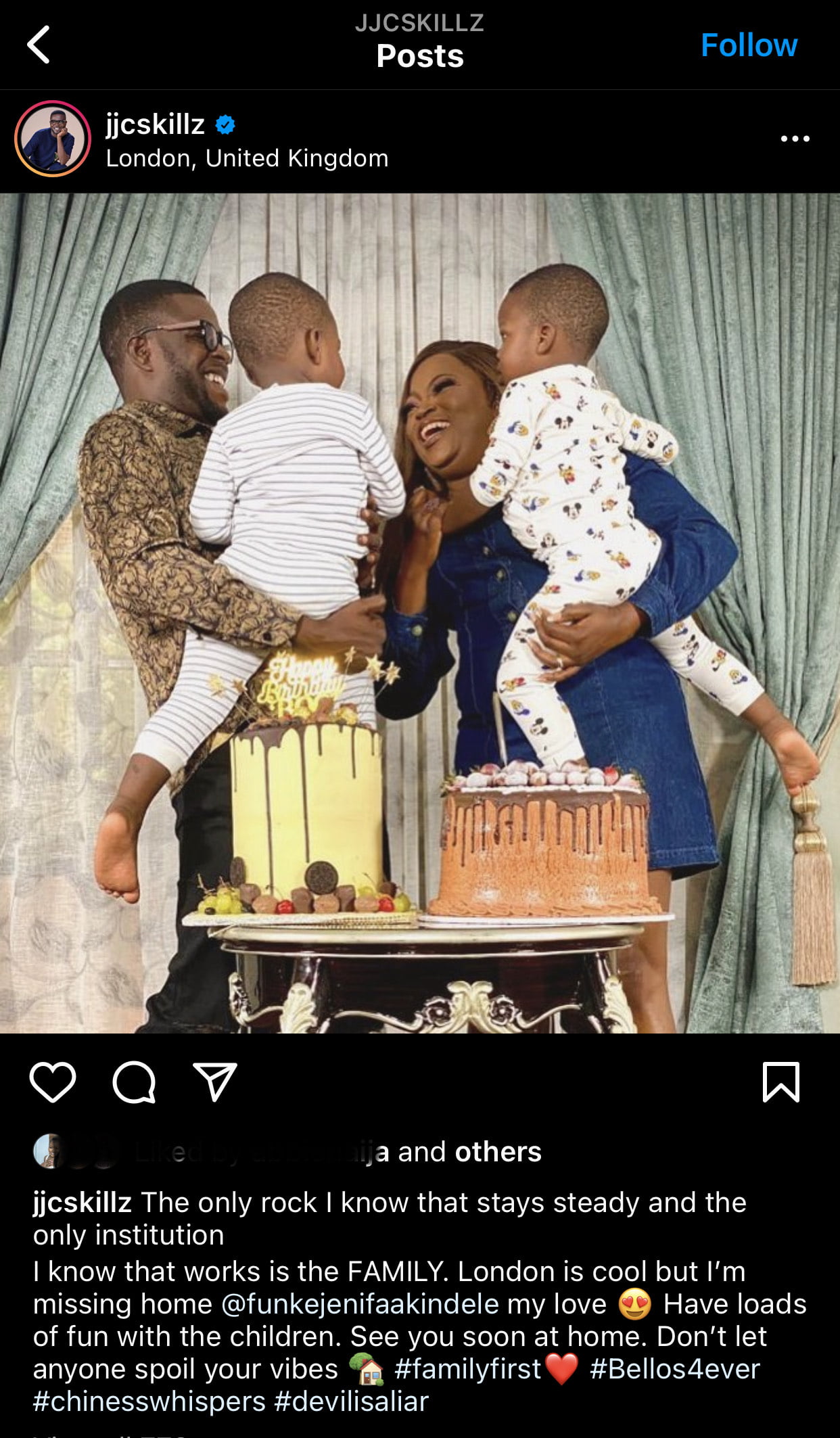 FG, UN, others collaborate to fight against illegal wildlife

FG, UN, others collaborate to fight against illegal wildlife