Four persons have been beheaded in the latest cult-related attack at Ovogo, Rumuji in Emohua Local Government Area of Rivers State.

The four severed heads were reportedly found on the road in the community on Wednesday morning.

No crisis, no fight to reconcile in APC – Tinubu

The identities of the victims have not been ascertained but locals say they are young men in their mid-20s.

It was gathered that a sachet of an alcoholic drink, a bottle of a beverage drink and a half-smoked cigarette were left at the scene.

This is coming days after the Rivers State police command promised it is tackling the issues of cult-killings head-on. 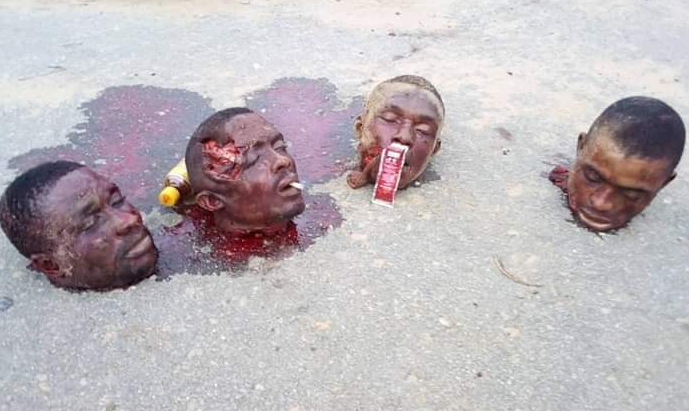 A community source told who doesn’t want to be mentioned said that the community has been deserted, over fears of reprisal attacks.

He said that gunshots rented the air throughout the night, adding that they woke to the reality of the four severed heads.

He added that the trunks were left in an uncompleted building in the community.

It was learnt that there was a disagreement between Iceland cult group and De bam cult group over who would collect certain levies.

He added that attempts to settle the dispute by youths in the community did not make much success leading to the renewed cult battle.