Police in Zamfara have confirmed the abduction of two children of Yahaya Chado, the member representing Maradun/Bakura Federal Constituency.

The Police Public Relations Officer, Mohammed Shehu, told journalists in Gusau on Monday that the children were abducted after the gunmen invaded the lawmaker’s home village at Gora in Maradun Local Government.

He said three persons were killed and four others wounded during the attack at about 1 a.m on Monday.

One of the villagers, Kabiru Mai-Kwashe, told NAN that the abductors came on 20 motorcycles, with each motorcycle conveying two armed persons.

“They shot sporadically in the air before going to the house of their victims.

“The gunmen forcefully took away the two victims, Muhammad Yahaya, 27, and his elder brother, Junaidu Yahaya, who is about 35 years old,” he said.

According to him, after the gunmen left the house, they also shot and killed six persons and wounded four others.

Mr. Mai-Kwashe added that one of those abducted later returned with a telephone number ostensibly given by the abductors directing his father to contact them “if he wants to see his eldest son again.”

The police spokesman said a combined team of police and military personnel had been deployed to conduct extensive search for the gunmen and rescue the victim.

He said those killed and wounded during the attack were taken to Maradun General Hospital. 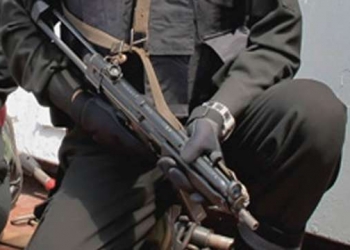