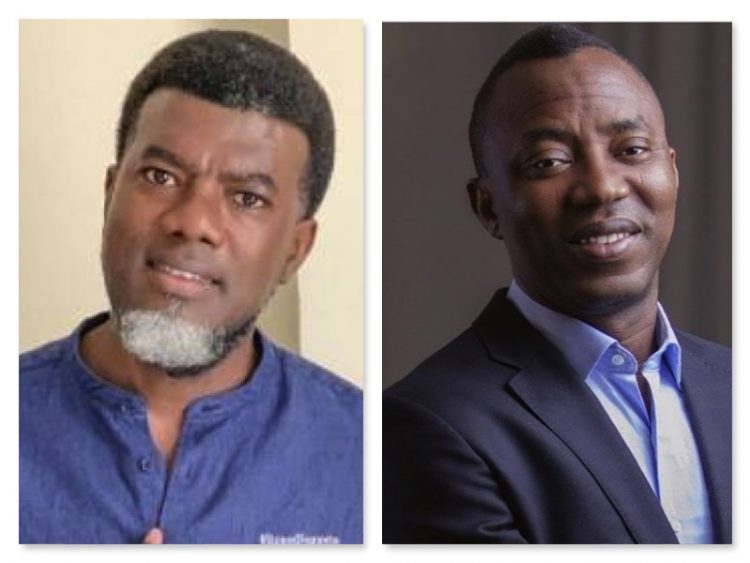 Sometime in 2012, it entered my heart to give back to Nigeria. I had invited some White Christian missionaries to Nigeria, in August 2012, and we visited an orphanage in Abuja, the Hope For Survival Orphanage. I was so shocked by the cramped conditions under which the children lived, that I went out and cried my heart out.

I then vowed that I would build an orphanage that would be as good as the house my children lived in America.

I started building in December 2012. I never stole a dime or did a fundraiser. I paid for this project myself, save for a $1000 contribution by my friend, Pastor Andy Cochran. I was in government for four years as a Presidential spokesman, and now I am perhaps the most vociferous critic of the General Buhari administration. Yet, nobody, not even the Buhari junta, can ever say
I stole money. My hands are clean, and I am very fulfilled that I set a record, that you can serve in government in Nigeria without stealing.

Work was slow, but I was determined. And then on Valentines Day, 2015, a few weeks to the Nigerian 2015 elections, everything came to a most abrupt halt. Why? Because Sahara Reporters wrote a story alleging that I was an armed robber, who robbed a house in Warri, Delta State, and stole money for use in the coming 2015 elections, which was to hold ‪in two weeks‬.

I was aghast! No one has ever accused me of stealing money in government, let alone with arms. I had not been to Warri in years. The last time I went there was in 2012 when I had a meeting with Pastor Ayo Oritsejafor about evangelism. I felt it had to be a mistake.

So, I wrote to Omoyele Sowore telling him he was mistaken. I gave him the facts. I showed him logs from Aso Rock, where I worked, proving that on the date and time he alleged I was robbing a house, I was in my office. I gave the names of a woman who was once an editor, who had met with me on the day in question. He ignored my mails. No response. The 2015 Nigerian Presidential election was ‪in two weeks‬, and the story made my boss, President Jonathan look bad (which was the intention of the story).

Why would you write a story like that without even verifying whether it was true or not? Both Sowore and his organisation had my contact details. Sowore has phoned me before. He knew how to reach me. How can you write such a damaging story without first reaching out to the person you are writing about? It goes against the ethics of responsible journalism, which says hear both sides, and when in doubt, leave out.

I quickly engaged a lawyer and sued the man Sahara Reporters mentioned in their story as accusing me of armed robbery. At court, the man swore to an affidavit that he never made such allegations against me to Sahara Reporters and he does not know how they arrived at their claims.

I then sent the affidavits he swore to, to Saharareporters and Omoyele Sowore and they ignored it. The traditional print media carried the story of the denial by the man cited by Sahara Reporters. Yet, both Sowore and his organisation refused to either take the story down or apologise.

I then sued Sahara Reporters in Nigeria, but they dodged service of court papers. So, I travelled to the United States and engaged two lawyers, one in New York and one in California.

I was almost financially ruined. I had difficulty paying my mortgage because of the astronomical cost of hiring a lawyer in America (they bill by the hour). I had to stop work on the orphanage project and focused entirely on fighting to clear my name. My children were too ashamed to go to school because I live in a small Christian community in California. The people in our church had read the story, and I was the subject of malicious gossip. Eventually, I had to leave the church.

I was scandalised in the community.

The lawyer in New York wrote Sowore and appealed to him to remove the story and explained to him how financially draining this case could be for both him and I. Sowore would not budge and it looked like I may have had to remortgage my house to get the funds to pay for a long legal battle.

Eventually, the lawyer in New York was able to discover that The Ford Foundation was sponsoring Saharareporters. So, he wrote to them and presented the facts to them. Then, and only then, did Sowore take the story down. He did not do this because he wanted to. He did it, only because he did not want his money threatened.

What mattered to Omoyele Sowore was not my life that he was ruining with his blackmail or my children he was scarring psychologically by falsely labelling their father as an armed robber. His singular motive was to render then President Jonathan unelectable and ensure the election of General Muhammadu Buhari, via any means necessary, including lying against innocent people. The only thing that could stop him was a threat to his income.

I thank God that on February 22, 2016, the orphanage, The Helen and Bemigho Sanctuary for Orphans, was declared open in Benin city, Edo state, by Professor Pat Utomi, Senator Ben Murray-Bruce and Arch Bishop John Praise Daniel, to the glory of God. My entire family was there. Foreign friends came. The orphanage is now giving hope to the previously hopeless. However, the orphanage could have been opened earlier, if I did not have to waste multiple millions of Naira trying to clear my name from the reckless lies told against me by Omoyele Sowore, all because, to him, all is fair in elections.

If you saw my photograph from that period, I looked like a person in the last stages of HIV/AIDS wastage. I could not eat. I could not sleep. I was traumatised. My grandparents were so affected by the blackmail against me by Sowore, that I feared it might lead to their untimely death.

My family and I would gather and cry out to God and beg Him to vindicate me. It was the most trying period of my life.

The money I wasted on this venture could have fed and educated orphans. It could have been used to do something more positive and useful to humanity than feathering the nests of already wealthy lawyers both here and in the United States.

However, mine is not an isolated case. It is a pattern or blackmail, and media Terrorism engaged in by Omoyele Sowore, using his Sahara Reporters, probably the most dishonest medium on Earth.
I know several persons he has done this to, including and not limited to Pastors, people in business, and ordinary citizens, who he has targeted for destruction to suit his political motives.

I know of a pastor who Sowore targeted because the man had prophesied the death of his political Godfather, Nasir El-Rufai, if he should sign his anti preaching Bill, The Kaduna State Religious Preaching (Regulation) Bill, into law. The pastor is in court against Sahara Reporters and has promised to expose details when the case is concluded.

Today, General Buhari, who Omoyele Sowore admitted on Camera to bringing to power, is now doing the to him what he did to others, and both Sowore and his propaganda website, Saharareporters, want to paint the picture of victims. No, they are enablers. They brought Buhari to power, and as we all know, the first person a dictator goes after, are those who brought him to power.
Sowore is a woman scorned. He expected to be given a role in Buhari’s government, like Festus Keyamo. However, he forgot that when you sell your brother, even your buyer will not trust you.

That is why it took less than 24 hours for Nnamdi Kanu to get bail. Because he is genuinely fighting for his people. However, it took months for Sowore to get bail. And he still did not make it. The judge herself later said she was “embarrassed” that despite reducing the bail conditions, no one came to bail Sowore. Who will want to bail a blackmailer? Who?

A brutal blackmailer has met his match in a brutal dictator. It is a match made in hell, and both of them should be left to reap what they have sown.

“Be not deceived; God is not mocked: for whatsoever a man sows, that shall he also reap.”-Galatians 6:7.

*Reno Omokri, Gospeller. Deep Thinker.Author of Facts Versus Fiction: The True Story of the Jonathan Years. 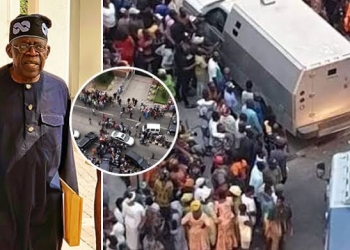 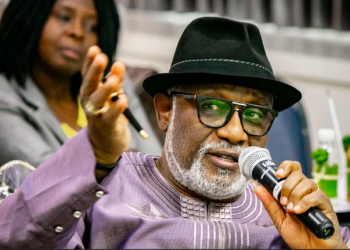 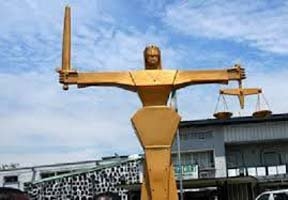 I have had the worst season of my career - Hazard