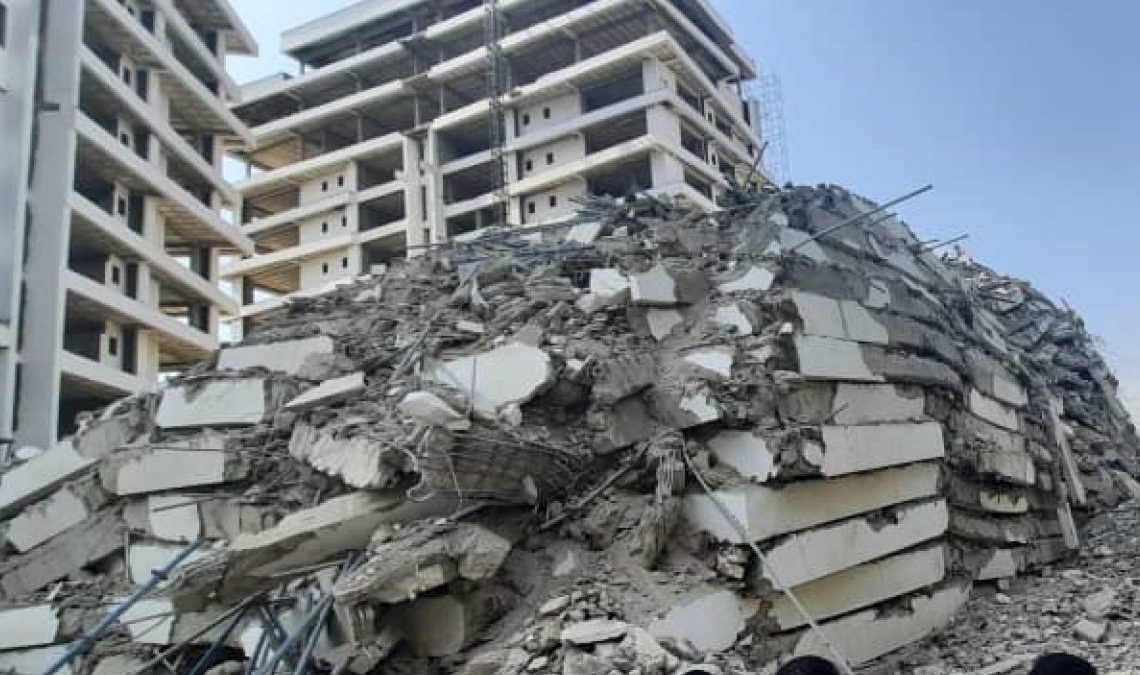 A forensic expert, Dr Richard Somiari, has informed an Ikeja Coroner’s Court that one of the five hitherto unidentified victims of the Nov. 1, 2021, 21-storey building collapse at Gerard Road, Ikoyi, Lagos, has now been identified.

Newsmen reports that with this the number of unidentified victims now stands at four.

Somiari, who is the Director of the Lagos State DNA and Forensic Centre, said this on Friday while testifying as to the eighth coroner witness at the inquest.

JUST IN: Accord Reps candidate, Jacob Funmi Ogunmola is dead

Newsmen also report that testifying during proceedings on Thursday, the seventh coroner witness who is the acting Chief Medical Examiner of Lagos State, Dr Sokunle Soyemi had told the Coroner’s Court that five of the 50 victims were still unidentified.

Led in evidence by the counsel to the Lagos State government, Mr Akin George, the forensic expert said he received news on his way to the inquest that a DNA match had been established for one out of the five unidentified deceased.

“We received 57 unique samples. In disasters, there could be dismemberment and we may not have 57 bodies.

“We got a total of 102 reference samples from all families that presented and still counting because we might still need some more samples.

“Using those reference samples, we were previously able to identify 45 bodies.

“There are three bodies that have generated DNA profiles, but no reference profiles have matched those profiles.

“In such a situation, we will invite additional family members or use of personal belongings like toothbrushes to establish identity,” Somiari said.

“The claimed biological reference is not what science is showing. We will use other methods like personal effects from any missing person suspected to be in the building collapse.

“This is the challenge we are facing. In most disasters, you cannot use DNA all the time to complete identification.”

Somiari, however, said the process of identifying the unknown deceased was ongoing and additional biological material would be used to identify the bodies.

He noted that the likelihood of a DNA mismatch for all that died in the building collapse was very slim.

Under cross-examination by the counsel to the African Women Lawyers Association, Mrs Amanda Demechi-Asagba, Somiari revealed some of the challenges faced in identifying some of the deceased.

“Some families may be unaware that their loved ones are missing.

“That is why in disasters, all bodies are not always identified. There might be alternative methods that could be explored.

“That is the limitation of DNA as a reference because you will always need a reference,” he said.

The Coroner, Mr Oyetade Komolafe, adjourned proceedings until Feb. 25 for the continuation of hearing.

NAN reports that of the three high-rise buildings (Blocks A, B and C), which were situated on Gerard Road, Ikoyi, Lagos, Block B (21-storeys) collapsed, killing 50 persons.

One of the deceased was Mr Femi Osibona, the Managing Director of Fourscore Heights Ltd., the contractor of the project.