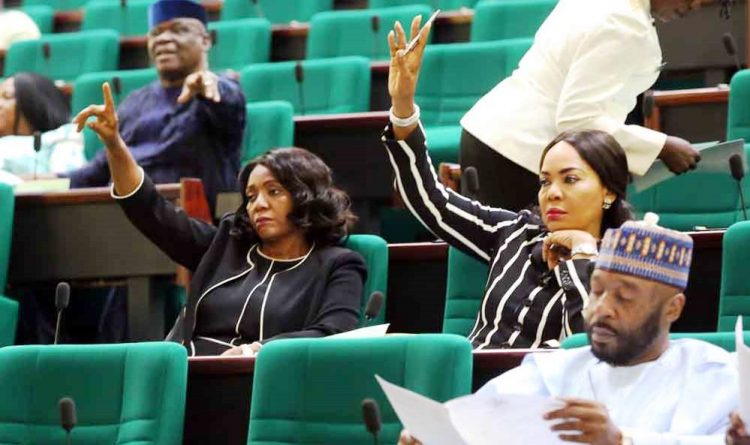 The House of Representatives yesterday condemned the spate of insecurity in the country and particularly deplored the recent kidnap of four Reverend Sisters of Medical Missionaries of Mary (MMM) in Delta State.

The House has therefore urged the relevant security officers to intensify efforts at the rescue of the abductees and to apprehend and prosecute the criminals who perpetrated the act.

These are resolutions taken after the adoption of a motion titled: ‘Kidnap of Four Reverend Sisters in Delta State’ sponsored by Hon.Rapheal Igbokwe (Imo, APC) on the floor of the House.

Igbokwe in his lead debate on the motion regrettedly noted the recent spate of kidnapping in Delta State where four Reverend Sisters of the Medical Missionaries of Mary (MMM) were abducted by unknown gunmen.

He further expressed worries that there are numerous attacks and Kidnap of clergymen and religious leaders in many parts of the country adding that they are capable of exacerbating existing tensions in the nation.

He added that it so regrettable that despite numerous unprovoked attacks on citizens, herdsmen are still bearing weapons and government seems helpless to tame these gunmen.

He said: ” aware that if the kidnapped is not rescued, it would lead to loss of lives of the affected persons and heighten religious tensions”.

He mentioned some of the kidnap victims who ultimately paid the supreme sacrifice as late Rev Fr.Jude Ebom, Rev.Fr Cyraicius Onukwo,Rev.Fr Louis Odudu and the two catholic priests murdered in Benue State among others.

He subsequently asked the House to condemn these dastardly acts and further asked the green chamber to urge the Inspector-General of Police IGP Ibrahim Idris to take necessary steps to rescue the kidnapped sisters.

Speaking in support, Hon. Serguis Ogun (Edo, PDP) said that the Nigeria Police has failed in its responsibility to protect the citizenry asking rethorically ” why is the Police asking for N27 billion just for election”.

Also in his contributions, Hon Ogene Egoh (Lagos, PDP) said that the Police has become complicit in some of these cases of kidnapping in the country.

Some other lawmakers as Hon.Shuaibu Abdrahman (Adamawa, APC) Hon. Chukwuka Onyema (Anambra, PDP) and Hon. Sani Abdu (Bauchi, PDP) also deplored the level of insecurity in the country, urging the relevant security agents to step up their intelligence gathering efforts to tackle these challenges.

Consequently, the House presided by the Speaker Hon. Yakubu Dogara put the motion to vote and it was adopted with a voice vote.

The Speaker further urged the Inspector-General of Police IGP to take necessary steps to rescue the kidnapped religious sisters and mandated the Committee on Police Affairs to ensure compliance to the resolutions.