by Olaotan Falade
in Business News, Nigeria
41 1
0
17
SHARES
423
VIEWS
Share on WhatsAppShare on FacebookShare on TwitterShare on LinkedInShare on TelegramSend as Email

The Debt Management Office (DMO), says investors have in recent months been showing high level of demand at Federal Government bond auctions, a development which continued at the auction for June.

A statement issued by the organisation on Wednesday in Abuja, noted this was evident at an auction carried out by it where three instruments totalling N100 billion were offered to the investing public with five, 10 and 30-year tenors.

According to it, subscriptions for the three instruments from competitive bids were slightly above N160 billion, indicating an oversubscription of 60 per cent.

“Investors’ appetite for longer tenored instruments remained strong, with the 30-year bond oversubscribed by 100 per cent.

“The 10-year bond was also oversubscribed by over 50 per cent, while the five-year tenor was 31 per cent oversubscribed,” it said.

It said that an additional allotment of N13.50 billion was made on non-competetive basis for the 10-year bond, also at the rate of 14.5 per cent.

The News Agency of Nigeria (NAN ), reports that Nigeria issues sovereign bonds monthly to support the local bond market, create a benchmark for corporate issuance and fund its budget deficit. 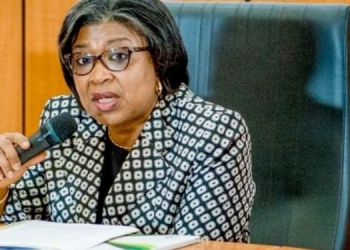