by Olaotan Falade
in Nigeria, Top Story
17
SHARES
423
VIEWS
Share on WhatsAppShare on FacebookShare on TwitterShare on LinkedInShare on TelegramSend as Email
ADVERTISEMENT

Islamic State in West Africa (ISWA) on Thursday claimed responsibility for kidnap of  six aid workers in Borno State, Nigeria.
International aid agency Action Against Hunger said that a staff member and five others kidnapped in Nigeria last week had appeared in a video released on Wednesday evening and that they were “apparently in a good condition of health”.
The deadly terror group also known as Islamic State’s West Africa Province (ISWAP), which split from Nigerian Islamist group Boko Haram in 2016, claimed responsibility for the kidnap in a tweet published by the SITE monitoring group.
The group has carried out a number of attacks in the northeast over the last few months, including on military bases. It killed a kidnapped aid worker nine months ago.
Action Against Hunger said in a statement that the people were abducted last week near the town of Damasak in northeast Nigeria, where the insurgents were active.
“Action Against Hunger strongly requests that our staff member and her companions are released,” said the agency.
The video was published by The Cable, a Nigerian news organization, and showed a woman sitting on the floor who identifies herself as “Grace”. Five men sit around her, some with their heads bowed. Behind them is a sheet with the logo of the United Nations refugee agency UNHCR.
“We were caught by this army called the Calipha,” she said, before asking that the Nigerian government and Action Against Hunger secure their release. “We don’t know where we are.”
Separately, the Nigerian presidency said in a statement that the government was negotiating for the release of the kidnapped aid workers.
Garba Shehu, SSA Media to President Buhari confirmed that contacts are being made with the abductors, ” in the hope that the captors will see reason to not visit hardship or even harm on these innocent individuals”.
“These discussions have been ongoing even before this time and what this latest incident has done is to bring urgency to the efforts that the secret service is making.
“Beside these aid workers, there are some others about whom this engagement is about-Leah Sharibu, a religious leader and all the others.” 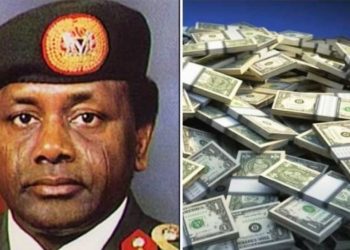