by Olaotan Falade
in Nigeria, Top Story
15
SHARES
495
VIEWS
Share on WhatsAppShare on FacebookShare on TwitterShare on LinkedInShare on TelegramSend as Email
ADVERTISEMENT

Fighters of the Islamic State in West African Province (ISWAP), have released a video showing the killing of 11 Christians abducted from Borno State some weeks back.

The terrorist group claimed they spared the lives of two persons out of 13 people who were captured.

The 56-second video was released on December 26 and produced by the ISIS “news agency” Amaq.

According to the ISWAP, the 11 victims are Christians, however, a careful assessment of the video released on December 17, indicated that three Muslims and 10 Christians were captured.

The captives were abducted from different parts of Borno State in October. Their identities had earlier been revealed through recorded videos of their plea for intervention and rescue to President Buhari and leadership of the Christian Association of Nigeria.

Ahmad Salkida, a conflict journalist known for monitoring of terrorist activities in Nigeria’s northeast, had claimed on Boxing Day that the 11 captives were executed on Christmas Day.

Salkida, who disclosed this on his website @ salkida.com, said ISWAP boasted the captives were executed as a revenge for the killings of Abu Bakr al-Baghdadi and Abul-Hasan Al-Muhajir in Iraq and Syria. 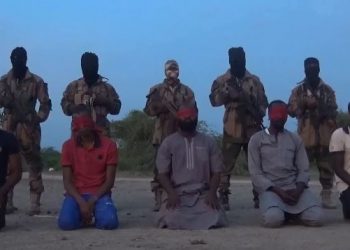 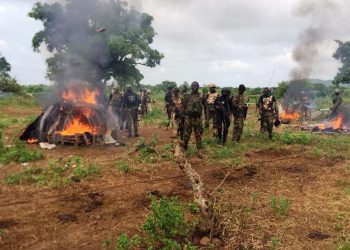