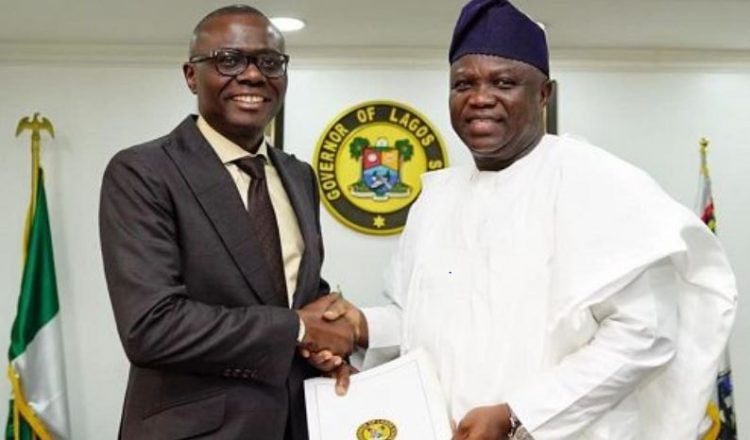 Barely ten days after taking over the number one political seat in Lagos State, the new Governor, Babajide Sanwo-Olu on Friday confessed that he has started losing weight due to the demands of the office.

The immediate past governor, Akinwunmi Ambode, had handed over the state to Sanwo-Olu on the 28th of May, 2019.

Sharing his experience so far with State House correspondents at the Presidential Villa, Abuja, Sanwo-Olu said “Well, the experience is real, it got to show that the challenges are real, they are there, it’s not a tea party. You don’t sleep and wake up and the traffic has gone down, you don’t sleep and wake up and there is no rain and that you’ve resolved Apapa gridlock, it’s real.

“So it’s something that has psychologically prepared one for. So the best thing to do is to ensure that you are not about looking for what the other person did but it’s for Lagosians seeing you do what you said you are going to do for them.

“I dare say that I have lost weight and probably I will lose a little bit more but I think it’s what the job entails and is to also ensure that you have the right team of people that would also support you.

“So when as a leader, you show that leadership support, then the message itself will trickle down and trickle down very well and that is why we have to take that very bold idea and you’re going to see a lot.” he said

On the level of progress concerning the Apapa gridlock, Sanwo-Olu said “It’s a work in progress. If you go to Lagos now, you will see that they have started clearing it. So for us, it’s not just to do it but to ensure that we sustain it.

“So sustainability is critical. It’s to build a model where it’s sustainable and we are not also involving the big players we are also discussing with them – the shippers council, the shipping lines, NPA, NIMASA and all of them that are stakeholders in the conversations around port utility, we are settling it.

“We will continue to engage ourselves and come up with a sustained resolution, not just a one off.” he added.

Asked to speak on regional cooperation to check kidnapping and banditry in the South West, he said “It’s still work in progress and we have a southwest leader who I am sure has also addressed the press on the matter.

“I don’t want to be at the risk of preempting what that body will do, let us wait for them to come up with a proper action plan at the regional level and let’s see what solution it will come with.” he said

On how the issue of security the state governors discussed with President Muhammadu Buhari on Friday, relates to Lagos State, he said “Security is everybody’s businesses but as a governor we also have a major responsibility to ensure that as number one security officer of the state, security of lives and properties is also paramount as the chief executive officer of a state.

“But beyond the fact that everybody has some responsibilities or the other, just as a father has his kids, a wife is to her children as managing director is to his staff, so the state Governor also is to the entire state.

“So It’s a work in progress for us as a state and for me in particular, it’s something that I take it very seriously. We are not just to be mouthing it but we make sure that we put resources in place and strategies.

“We’ve been talking about domesticating and pushing part of the initiatives around security trust fund, that we’ve done.

“We will continue to engage, and continue to identify. What are the sources, what are the underlining issues that are bringing about it? Are they economic? Is it more than that? So that we will also attack the root cause. It is something that is for us as a government since we are looking for investors.

“We certainly must continue to be in a position where we can give confidence to all our investors that it’s a safe haven to come and invest. So for me, it’s important, it’s paramount and I thank Mr President for calling us to have this conversation” he said 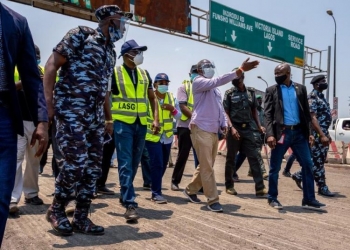