The was tension at the Akure South Local Government secretariat Tuesday on as over 30 herdsmen reportedly invaded the secretariat era[er randishing different dangerous weapons.

The invasion of the herders disrupted the official activities at the council secretariat including marriage ceremonies going on at the council’s registry.

Staffers of the council were driven out of their offices one by one by the herders who allegedly threatened to kill anyone who looked into their eyes.

Th NewsGuru.com reports that trouble started when a worker in the council warned a herder to take his cows away from the council’s Agric department vegetable farm, located behind the secretariat.

The herder, a boy of about 8 years, reportedly ignored the warning and allowed the cows to feed on the vegetable planted.

The local government worker allegedly moved onto the boy and when attempting to make him direct the cows off the farm, the boy fel

It was gathered that another older herder, suspected to be the father of the boy, who was coming behind and saw what transpired pulled out a sword and engaged the local government worker.

It was learnt that the worker, who also had a cutlass in his hand, engaged the herder . While both men were exchanging throw of cutlass and sword, the herder was injured.

The injured herder was said to have mobilized over 30 herdsmen who stormed the Local Government Secretariat and sacked workers from office.

The herdsmen also went to the secretariat registry and sent away couples who were holding marriage ceremonies.

The state Commissioner of Police, Mr Gbenga Adeyanju led men of his command to the secretariat to assess the situation while soldiers were also sighted at the scene.

The Senior Special Assistant to the state governor on Security, Alhaji Jimoh Dojumo was also as the secretariat to access the situation on ground.

Both the council worker and the herder who allegedly started the trouble are with the Police for further interrogation. 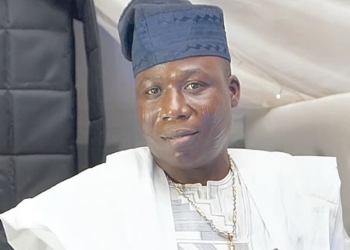 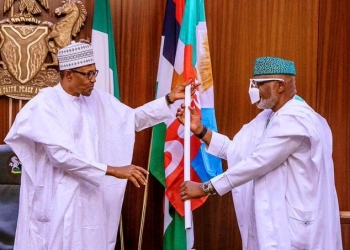 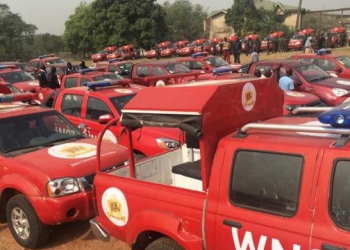