Home » Nigeria » Just in: Billions approved by Buhari for purchase of weapons no where to be found – FG

Just in: Billions approved by Buhari for purchase of weapons no where to be found – FG 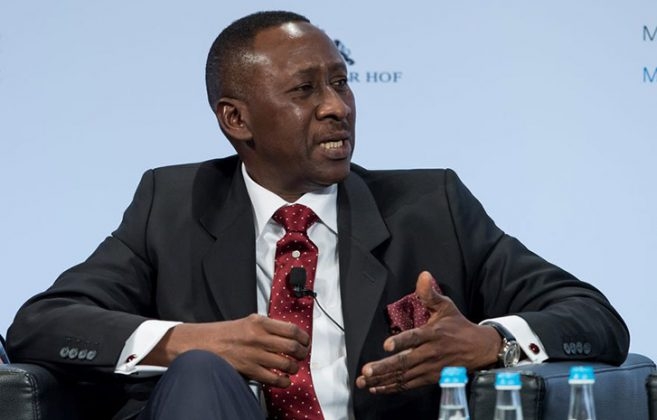 He said when the newly appointed Service Chiefs assumed office, they did not find the weapons that their predecessors ought to have purchased.

[Devotional] IN HIS PRESENCE: Your weapons of warfare (2)

[Devotional] IN HIS PRESENCE: Your weapons of warfare (1)

President Buhari appointed them as Ambassadors after their voluntary resignation from service.

In an interview with BBC Hausa service on Friday, Monguno said the failure of the security personnel to get adequate weapons is a setback to the fight against insecurity.

“It is not that we are not working to end the security challenge in the country. The president has done his own part and allocated huge amount of money to purchase weapons but they are yet to be here. We don’t know where they are.”
“I am not saying that the past Service Chiefs have diverted the money, but presently we don’t know where the money is.”

On whether investigation has commenced on the issue, the NSA said: “I am sure the President will investigate this. As I am talking to you now, even the Nigerian Governors’ Forum has started questioning where the money is. So I assure you that the President is not playing with anything that has to do with the people.

He said President Buhari directed the new Service Chiefs to end insurgency within a short period of time, adding that the president is committed to ending insecurity.

He added that government has to show them that it is strong enough to fight them.