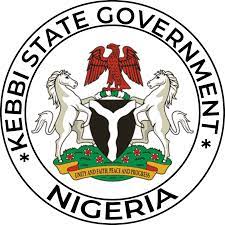 The Kebbi Government is ready to defend the N6.7billionspent on road construction before the Senate Committee on Foreign and Local Debts Management.

Alhaji Abubakar Ladan, the Kebbi Commissioner for Works and Transport made this known in Birnin Kebbi.

Newsmen reports that the Senate on Nov. 23, stepped down the request of Kebbi government for the refund of N6.7bn spent on federal roads in the state.

Newsmen reports that President Muhammadu Buhari had, in September, asked the Senate to approve the requests of Kebbi, Yobe and Taraba state governments for refunds for federal road projects they executed.

After considering the request, the Senate stepped down the request of Kebbi Government for the refund of N6.7bn spent on federal roads in the state.

”The two chambers of the National Assembly wrote separate letters to the State Government to forward to them all relevant documents regarding the construction of the two roads on the Sep. 27 by the Senate and on Sep. 29 by the House of Representatives.

“Fifteen and thirty copies of the two volume reports were forwarded to the Senate and House of Representatives respectively before the expiration of the deadlines given,” Ladan said.

Ladan said the state was invited by the National Assembly on Oct. 6, to meet with the Aids, Loans and Debt Management Committees of the two chambers.

“I led a four-member committee to the National Assembly. We were first attended to by the House of
Representatives, where we successfully presented our case, which later led to the approval of the re-imbursement by the whole House.

“The Senate chairman of the committee directed us to meet with the Clerk/Secretary of the Committee. Some very positive discussions took place and we were told to wait for further directives on the coming days.

“On Oct. 13, I received a letter, at about noon, telling us to appear before the Senate Committee at 2p.m.,” he said.

day, adding that that was the last they heard from the committee.

He said the road in question include the 91km Dabai-Mahuta-Koko road (Federal: Route A.I) constructed between 2006 and 2011 at the cost of over N5, billion.

Ladan added that the second was 42km Malando-Garin Baka-Ngaski-Warra road (Federal: Route F.201) constructed by former Gov. Saidu Usman-Dakingari from 2000 to 2013, along with the six span bridge (90m) at the cost of N2. 2 billion.