Home » Nigeria » Lagos governorship: We have a candidate – Action Alliance

Lagos governorship: We have a candidate – Action Alliance 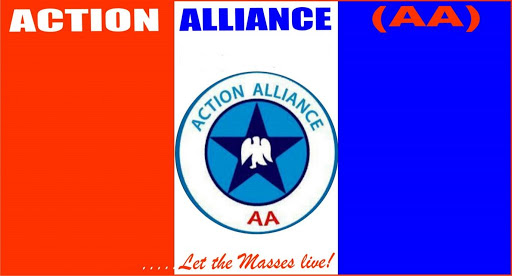 Action Alliance (AA) has said it has governorship and deputy governorship candidates for the 2023 polls in Lagos State.

This is contained in a statement signed on Saturday in Abuja by Mr Oniru Ayinla, AA Lagos State Chairman.

“This is to call the attention of the public to the false publication that is flying around that Action Alliance does not have a gubernatorial candidate in Lagos State.

“This is representing a deliberate action to cause confusion among the electorate.

“The party has a candidate whose particulars and credentials were officially submitted and published by the Independent National alliance Electoral Commission (INEC) with a copy of same in our possession.

“For the avoidance of doubt, the gubernatorial candidate of Action Alliance is Balogun Tope AbdurRazaq while his running mate is Salako Tosin Mautin,” he said.

Ayinla urged all members of AA, its teeming supporters, the media and the public to disregard the said report as malicious and lacking in substance.

He appealed to the media to correct all the negative narratives being reported which, he said, might not be unconnected to some political gimmicks by the party’s traducers.