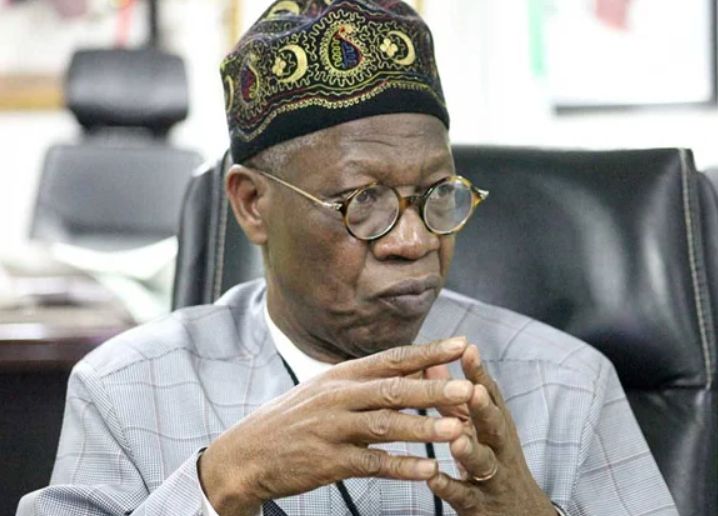 The Federal Government says with the completion and operation of Lekki Deep Sea Port by September, Nigeria will regain maritime business lost to ports in Togo, Cote d’Ivoire and Ghana.

The Minister of Information and Culture, Alhaji Lai Mohammed said this on Wednesday after a tour of the Lekki Port, with a team of journalists.

Newsmen reports that the port located in the Lagos Free Zone, Epe is the deepest seaport in Nigeria and West Africa with unique advantages, covering a land area of 90 hectares.

Mohammed said when the port begins operation in the last quarter of the year, it would be a big boost to Nigeria in its quest to take advantage of the implementation of the African Continental Free Trade Agreement (AfCFTA).

He said the port, a Build, Own, Operate and Transfer concern would be a pacesetter and game-changer in the economy landscape of the country.

“I called it a game-changer because of the impact it will have on the nation’s economy and the jobs it will create among others.

“But the aggregate impact has been put at 361 billion dollars in 45 years, which will be more than 200 times the cost of building it,’’ he said.

Mohammed said in addition, the port would create 169,972 jobs and bring revenues totalling 201 billion dollars to state and Federal Governments through taxes, royalties and duties.

He said the direct and induced business revenue impact of the port was estimated at 158 billion dollars, in addition to a qualitative impact on the manufacturing, trade and commercial services sector

The minister said the port would transform Nigeria into a transhipment hub and the revenue currently being lost to neighbouring countries would come back.

“As you know, this project is being done in phases. Phase 1 has reached 89 per cent and will be completed in September this year.

“The facilities here are first class, we have seven ships to shore cranes and 21 RTG cranes.

“No port in Nigeria currency has this. The excellent equipment is why this port can do 18,000 tons, which is more than four times the number that can currently be handled by our other ports,’’ he said.

According to Mohammed, the project is self-sufficient in required electricity as it is currently generating 10 mega watts from a total capacity of 16 megawatts

He said the port was another example of the first-class infrastructure being developed across the country by the administration of President Muhammadu Buhari.

“And at this stage, I want to appeal to our colleagues in the media to play up these developmental efforts instead of concentrating energy on negativity.

“That is why we embark on these tours with a large retinue of journalists..

“Let the world know that Nigeria is not all about kidnapping, terrorism and banditry. It is also about massive developments that are unprecedented,’’ he said.

Also speaking, the Managing Director of the Port, Mr Du Ruogang said the project which would be completed before the end of the year would change the economic landscape of the country.

He said that the multi-purpose deep seaport would be one of the most modern ports in West Africa, offering enormous support to the burgeoning commercial operations across Nigeria and the entire West African region.

Ruogang assured that multiple modern cargo evacuation mechanisms would be put in place at the port to forestall congestion and other challenges being experienced in other ports in the country.