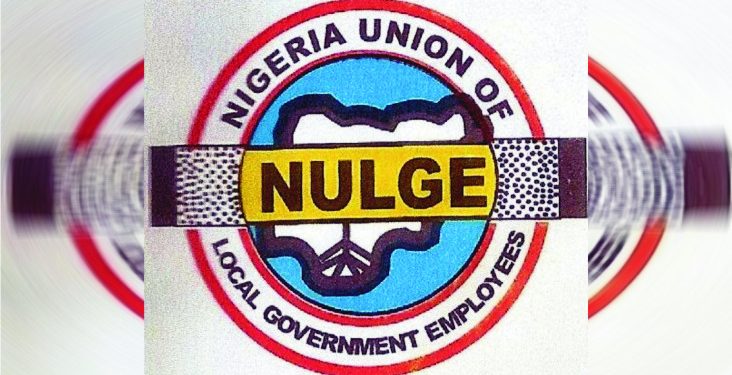 NULGE executives and a score of members of the Union gathered at Mowe bus-stop in Ogun state chanting solidarity songs and carrying placards with different inscriptions stating demand of Local Government autonomy.

The protesting NULGE executives and members headed to the resident of Hon. Damilola Soneye, who is representing Obafemi Owode Constituency at the Ogun state House of Assembly.

Although, the protesters didn’t meet Hon Soneye at home, but that didn’t deter them from making their grievances known.

Speaking to the representatives of Hon.Soneye, comrade Bola Faupe mentioned that their demands aren’t something difficult to do.

” We just want him Hon. Soneye who is unavoidably absent today to please help push the bill when it’s being introduced at the Ogun state House of Assembly. We urge him to join in this advocacy of Local Government autonomy”

NULGE chairman, Obafemi Owode Local Government comrade Kabir Oluwaseyi expressed displeasure over the state of affairs of Local Government in the state. He therefore admonished the Ogun Assembly members to endorse the Local Government autonomy bill at the floor saying it will help the 3rd tier of government perform its duties .

”I want us to all agree that the Local Government is then closest tier of Government saddled with the responsibility of catering for people at the grassroots.

”Thus, the actualization of this responsibilities cannot be accomplished without granting the Local Government autonomy to implement their desired goals.

”We also do not want OGSIEC to conduct Local Government elections anymore, INEC should be saddled with that responsibility

”NULGE has therefore decided to pray,mobilize, and give her full support to every House of Assembly member who vote for the passage of Local Goverment autonomy in their political careers

”In the same vein, NULGE members will not hesitate to as well mobilize and vote against any House of Assembly member who vote against the total passage of Local Government Autonomy in their political careers”

When TheNewsGuru.comTNG contacted Hon.Soneye, he said that he was in support of their agitation and would do everything within his power to ensure that he alongside his colleagues try their best to endorse the bill when it’s introduced to the floor of the House.

According to him, he’s been agitating for Local Government , Legislative and Judiciary autonomy for years and would gladly be in support of this particular demand.

”I’ve always been an advocate of Legislative and Judiciary autonomy, I’m fully in support of the Local Government autonomy. I will do everything with my capacity to push for it at the floor of the house and ensure that it sees the light of the day” He said