The Muslim Rights Concern has vowed to “go tough” if the Federal Government fails to recognise the Islamic calendar, stating that it would employ civil actions to press home its demands.

It lambasted the Federal Government for recognising January 1 as New Year Day while allegedly ignoring the Islamic calendar.

MURIC Director, Prof. Ishaq Akintola, in a statement obtained by The PUNCH, said several petitions had been written for the Islamic calendar to be recognised, yet it had been consistently turned down.

He said, “Nigerian Muslims feel marginalised. The reality of the Nigerian situation has subjected Muslims in the country to religious segregation.

“January 1, 2019 was declared by Federal Government in recognition of the Christo-Western Gregorian calendar. This happens every year.

“In particular, MURIC has consistently made this demand at least for the past 10 years. This is religious apartheid.

“A society which desires peace must embrace justice and fairness. Justice is the soul of peace. Nobody can deny one and enjoy the other.

“It is this socio-economic imbalance that has been responsible for the absence of genuine and enduring peace in Nigeria.”

The Muslim activist said the Nigerian government had subjected Muslims in the country to religious segregation.

He said Muslims had suffered under colonial rule, as every policy of the colonial master was designed to eliminate all vestiges of Islam.

Akintola said it was more worrisome that Nigerian presidents, many of whom were Muslim, have failed to protect the rights of Muslims.

He added, “From Abubakar Tafawa Balewa to Murtala Muhammed, from Ibrahim Babangida to Sani Abacha, Musa Yar’Adua and now Muhammadu Buhari, no Muslim head of state had the political will to bell the cat.

“Though we are not unaware of the strategy of agents of neo-colonialism whose stock in trade is to blackmail Muslim heads of state with the ‘Islamisation’ agenda in order to put them permanently on the defence, we expect that every Nigerian leader must possess the courage to enthrone justice and equity.”

He commended state governments that had recognised the Islamic calendar and declared 1st Muharram as holiday, urging the Federal Government to follow suit.

The statement continued: “To start with, we are instructing our members throughout the federation to sit at home on 1st Muharram 1441 which corresponds to August 31, 2019.

“However, Muslims will observe the sit-at-home on Friday, August 30, 2019 to give more effect to their demand for parity and civil liberty.” 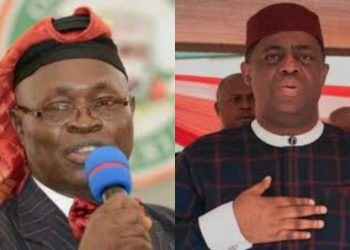