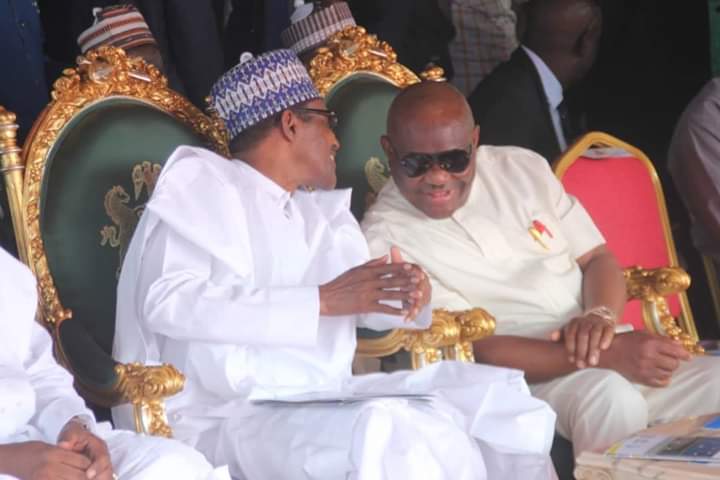 Rivers State Commissioner for Information and Communications, Paulinus Nsirim, has lambasted Femi Adesina, the Special Adviser to President Buhari on Media and Publicity, over some comments the presidential aide made about Governor Nyesom Wike of the state in a piece he wrote during the week titled ‘Wike vindicates Buharists’. He stated that several comments, interpretations, narratives and theories have greeted the recent letter written by Governor Wike to President Buhari, expressing the sincere appreciation of the Rivers State Government and people for the refund of the sum of N78.9 billion to the state, being monies expended by the State on federal projects in the state.

“Most of these responses have either been mischievous, absurd, totally misleading and some even trying to conjure and configure fabulist narratives, celebrating the mystique and magical influence of the power of money on the human psyche. But the most remarkable of these is the one written by Femi Adesina, the Special Adviser to President Buhari on Media and Publicity, titled: WIKE VINDICATES BUHARISTS,” the commissioner said while admitting that Adesina’s opinions attract considerable attention and commands tremendous weight. The commissioner however berated Adesina for allegedly trying to eke out political capital from Governor Wike’s letter of appreciation.

“While Rivers people will not complain that the money was actually reduced from the original amount and that it even took so long for President Buhari’s fairness and justice to touch Rivers State, while he has been fair and just to other states, we are all still very happy and grateful that this approval for refund has been made, finally. Attempts by people like Adesina to make political capital out of the genuine stance of a statesman will not be bought by well-meaning Nigerians. What makes Adesina’s grandstanding more worrisome is that he will never comment or let the world know how much the South-West States received as refund for federal projects executed in that part of the country.

“Governor Wike’s letter of appreciation and appeal for a presidential state visit is thus a clear indication that what the people thought was lost has now been recovered. All is well that ends well and Rivers people are happy. For the avoidance of doubt, the letter to Mr. President was delivered to Aso Rock, three weeks before it was published. Governor Wike is not like Adesina who knows how to speak from both sides of his mouth. In 2008, he said this about the Chief of Staff to the President: “Gambari enslaved himself to please his paymasters. Now 13 years after, the shackles are still tied around his neck, threatening to asphyxiate him. What an eternal lesson for fawning bootlicking grovellers to learn. Old sins indeed have long shadows.”

“Now that Gambari is Chief of Staff to the President, people have been asking if Adesina still sees Gambari’s sins’ shadows or he (Adesina) has turned to a bootlicking groveller? There is no doubt that he is currently savouring the office of Special Adviser to the President on Media and Publicity as a compensation, having used his positions as former Editor-In-Chief of The Sun Newspapers and President of the Nigerian Guild of Editors to feather his own nest. Adesina should be told that no amount of political mischief will turn Governor Wike from a hero to a villain in this matter. The Wike that I know cannot be swayed by pecuniary interests. He will always stand for the truth and defend the interests of Rivers people,” Nsirim said.

The commissioner also made it clear that the monies were neither generous loans, gift or a desperate bailout package as people like Femi Adesina are shaping the narrative to sound, as the refund was sequel to a huge bill sent to the federal government by the entire 36 states of the federation in 2016, seeking a refund of funds they expended on the repair of some federal roads in their respective states. “Considering the fact that the approval for the refund was also made for monies expended by Rivers State for Federal Projects, isn’t it equally apt that Governor Nyesom Wike should invite Mr. President to come and at least see the work for which the refund was made? Indeed, it will also provide Mr. President the grand opportunity to see firsthand, the amazing and fantastic infrastructural wonders which Governor Wike is delivering in Rivers State. This is absolutely the right thing to do by a grateful recipient,” the commissioner said. 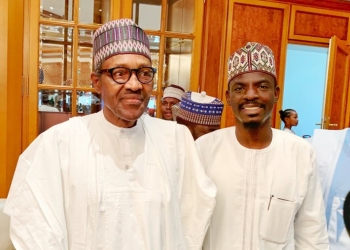 RE: “COVID-19 Enforcement: How Has Sanwo-Olu Fared? - Dele Sobowale