NDDC: How Federal lawmakers buried probe to save colleagues 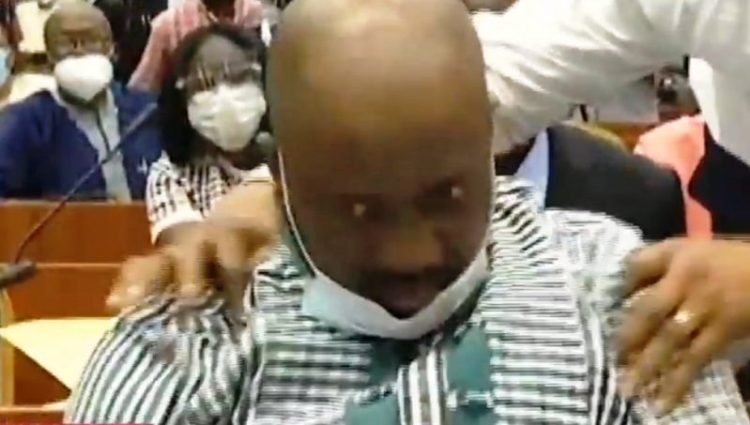 …former gov and serving senator mediated to save self and Akpabio

..what has happened to the NDDC audit?

More facts emerged at the weekend as to why the Niger Delta Development Commission, NDDC probe suddenly hit a brick wall despite the weighty  allegations leveled against the progenitors.

In this news analysis, TheNewsGuru.com (TNG) takes a deep look into all the contending forces that finally nailed the ‘coffin’ of the NDDC probe.

Multiple sources who spoke under the condition of anonymity told TNG that a former governor and serving member in the ninth Assembly (name withheld) helped to midwife negotiations that eventually buried the probe.

The lawmaker who speaks impeccable Hausa was said to have shuttled between Aso Rock and NASS on how to bury the probe.

He arranged meetings with NDDC officials and NASS leadership on ways and means to finally bury the matter.

This development according to TNG source led to a call from Aso Rock that all matters involving Local Content and NDDC probe should be dropped.

The source said “that’s why a call came from Aso Rock that anything that has to do with local content and the NDDC should be dropped.

“The Clerk of the National Assembly, CNA who was removed over night was specifically told not to touch anything local content or NDDC.

“It’s difficult to table any matter for now that has any link with the two sensitive issues”.

TNG further checks revealed that the serving senator who is also neck deep in NDDC botched contracts had no choice than to arrange all the meetings to save himself and his colleagues.

Recall that elder statesman, Chief EK Clark had written to  NASS to allow the accusing finger to point to all directions.

All the allegations leveled against Akpabio by former NDDC MD Joi Nunieh have been thrown aside because Aso Rock made a call.

So many revelations were made during the probe that led to the fainting spell of the acting Managing Director of NDDC, Prof  Daniel Pondei.

The Minister of Niger Delta Affairs, Senator Godswill Akpabio had spoken from both sides of his mouth claiming that his former colleagues were the biggest beneficiaries of NDDC contracts.

Many former Niger Delta Governors were fingered and they all denied turning Akpabio into an orphan.

Sensing the danger ahead, Akpabio swallowed the humble pie denying ever saying his former colleagues benefitted from the NDDC.

Both chairmen of NDDC committees in the ninth Assembly were fingered and it was even alleged that a principal officer collected $1m to help bury the probe.

From all indications, the audit of NDDC since inception is now in abeyance as it was alleged Aso Rock also want it stopped.

The audit which would have helped to reposition the government body may just end up in archival dustbin as no concrete move has been made since the probe was jettisoned.

Also, the report submitted by the Senate was said to be watery while the House had sent the allegations leveled against lawmakers to be beneficiaries was sent to Ethics Committee adjudged the graveyard of the House of Representatives.

I warned Trump of his imminent loss to Biden - Cleric