by Femi Ajasa
in Nigeria
Reading Time: 4 mins read
A A
0 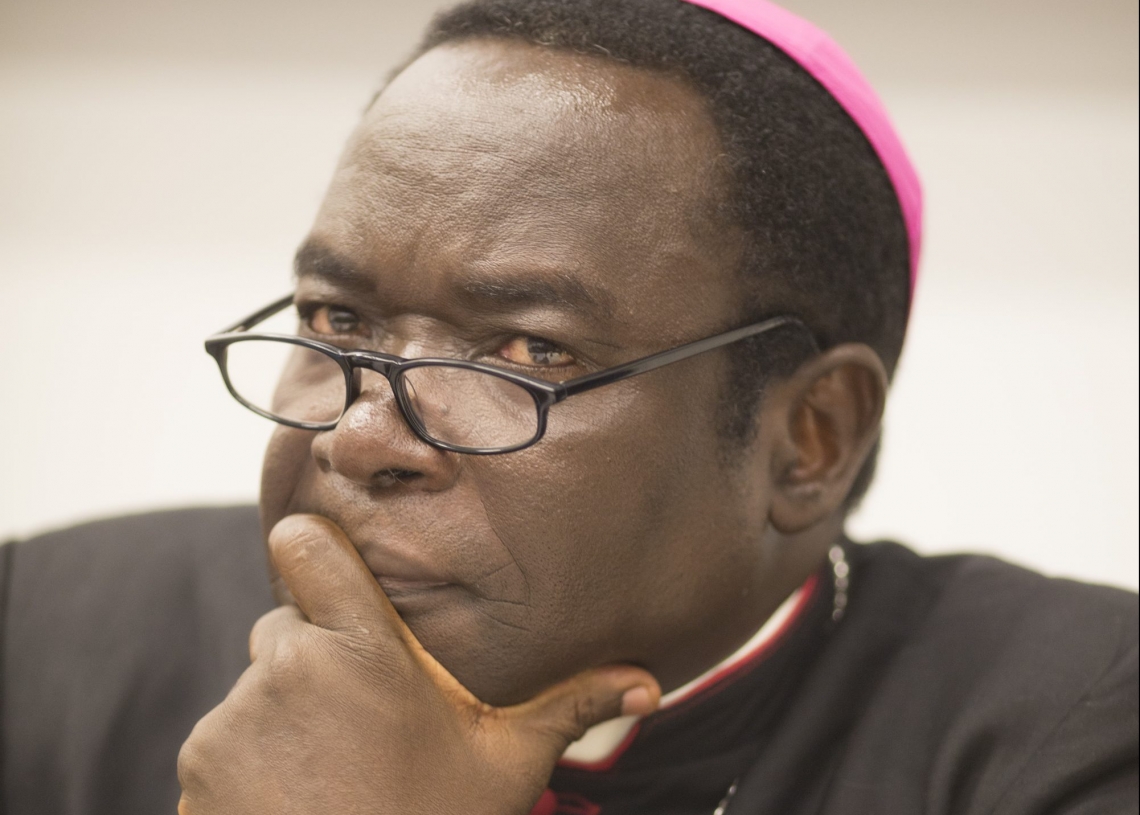 Archbishop of Sokoto Diocese, Bishop Hassan Mathew Kukah has observed that there is a growing fear among Nigerians whether the country’s glory is about to depart owing to Boko Haram, banditry, Kidnapping, armed robbery and other merchants of death happening across the nation.

He made this known in his Easter message titled, ‘Before our Glory Departs’, according to him today the citizens of this country are being traumatised by bandits.

“The nation has since become a massive killing field, as both government and the governed look on helplessly. A thick and suffocating cloud of desperation, despondency, desolation, gloom, and misery hangs in the hot air.

“We have no message and have no idea how long this will last. Our people seek solace and protection, but frustration and darkness threaten to drown them. Is their government on AWOL?”

According to him, there is collective fear as to whether Nigeria’s glory is about to depart!

He noted that retired military and intelligence officers lament over what has become of their glorious profession as they watch the humiliation of our military personnel. Traumatised citizens are tortured daily by bandits.

“Two weeks ago, I came across a video in which a very frustrated Muslim cleric, addressing a Muslim audience, lamented: If you killed 200 chickens in the farm of any of the big farmers, you will be dealt with. But today, we are being killed. It is your fault. On the day of elections, you say, it is Jihad! Christians will take over Nigeria! Ok, the Christians did not take Nigeria. It has been left in the hands of those who sit and see us being killed.

“If we are killed, the head says, God forbid! He was not elected to say God forbid. This imaginary jihad won the elections now where are the jihadists? The lesson here is that politicians will use religion to mobilise for elections, but they cannot use it to govern.”

Also he said, “The Catholic Bishops’ Conference of Nigeria weighed in with a strong statement on February 23, 2021, titled, We Must Pull Back from the Brink of Collapse. Part of the statement read: The very survival of the nation is at stake. The nation is pulling apart. Widespread serious insecurity for long unaddressed has left the sad and dangerous impressions that those who have assumed the duty and authority to secure the nation are either unable, or worse, unwilling to take up the responsibilities to their office. Patience is running out. Sadly, all of these warnings are still falling on deaf ears.”

However, he pointed out that “It may sound strange, but for us Christians, the celebration of the resurrection of Christ is the greatest assurance that all these will pass away.

“This is not a call for us to simply sit on our hands or believe we can pray our crises away. As pointed out above, the sufferings of Jesus and His Cross provide us with the perfect mirror of our hope. St. Paul reminds us: We are hard pressed on all sides, but not crushed; perplexed, but not in despair; persecuted but not forsaken, struck down but not destroyed.

“We always carry around in our body the death of Jesus, so that the life of Jesus may also be revealed in our body (2 Cor. 4:9). These are the hallmarks of our faith. We must remain steadfast.

To this end he appealed to Christians to continue in the spirit of the Gospel, saying, ‘the teachings of our Lord and Saviour, Jesus Christ. St. Paul says: Though He was God, he humbled himself, became man and remained obedient up till death (Phil. 2:6ff).

“Following in His steps, we Christians have lived through the life of martyrdom. Jesus taught us how to pray for our enemies (Mt. 5:44). Although His teachings are hard (Jn. 6:60), it was not the guns of a powerful army that brought down the walls of Jericho.

“The prayers of the priests did (Jos. 6:20). Jesus defied the temptations of coming down from the Cross. He knew there was a higher truth deferred. It was fulfilled on Easter day. No matter the provocation, we must arm ourselves with the weapons of truth, the Word, the Spirit, and love. At the heart of Christianity is the Truth and Love.

“Today, many of us erroneously speak about the trial of Jesus by Pilate on Good Friday. In reality, it was Pilate who stood trial, not Jesus. Pilate sat on a throne to judge what he himself was ignorant of–the truth. Chained by ignorance, the powerful often grope around a twilight zone between truth and lies.

“At the mention of the word “Truth” by Jesus, Pilate was jolted from his chair. In trepidation and apprehension, the mighty man says, Truth, what is that? (Jn. 18:38). Pilate was looking for the Truth but did not recognise it when it stood right before him. In every age, the seduction of raw power tends to blind the Pilates of this world to the truth.

“Bishop Kukah noted when governments face legitimacy crises, they fall back on serving the sour broth of propaganda, half-truths, and outright lies, saying,’ they manufacture consent by creating imaginary enemies, setting citizens against one another by deploying religion, ethnicity, region, and other platforms while appealing to the base emotions of patriotism.

“We forget the reality that without truth, the throne of power often turns into a cage, and the occupant is turned into a prisoner. In reality, the truth needs neither a judge nor a witness. The truth is its own judge and witness. Without the truth, as the old song says, all else is sinking sand!”

The Kwara I Knew, By Lola Akande