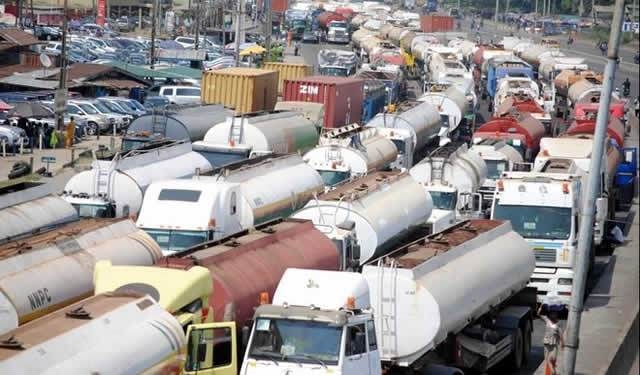 The Organised Private Sector (OPS) said Nigeria had lost about N6 trillion across the different sectors due to the Apapa gridlock and called for urgent infrastructure development at the Lagos ports.
The OPS, under the aegis of the Nigeria Employers’ Consultative Association (NECA), gave this monstrous figure of losses at its 62nd Annual General Meeting in Lagos.
It called for an urgent policy reform for businesses to operate optimally.
Mr Mauricio Alarcon, the Second Vice President of NECA, said that operational hiccups being experienced at the port had remained even after one year of the Presidential Executive Order to promote transparency and efficiency on operation.
”Survey by the OPS shows that Nigeria lost about N3.06 trillion on non-oil export and about N2.5 trillion earnings annually across the different sectors due to the Apapa gridlock,” he said.
Alarcon said that the Federal Government should look at reforms that would significantly impact on the economy now that the elections were over.
”There is the need to fast-track infrastructural development at the Lagos Port, diversification programme, a market-driven foreign exchange management, sustain and significant reduction in the cost of governance.
Government should also fast-track the passage of Petroleum Industry Governance Bill, a market driven electricity supply and billing system.”
Alarcon said the government should reform the oil and gas sector by removing subsidy on the sale of petrol, which he said, gulped about one trillion naira annually.
He said that the government must urgently tackle insecurity that had already increased unemployment and poverty in the country.
‘”Unemployment surged from 9.0 per cent in 2015 to 23.1 per cent in third quarter of 2018, while inflation remains high in spite of tight monetary policy conditions.
“There is also spread of poverty. The economy need to recover,” he said.
To support business, Alarcon called on the government to ensure the patronage of made-in-Nigeria goods at all levels through standardisation and certification.
He called for friendly regulatory regime businesses rather than crippling them and enforcement of harmonised taxes and levies by the Joint Tax Board.
Mr Uche Ekwe, the Chairman, International Relations Unit of the NLC, in a good will message, said that there was the need for labour and NECA to collaborate to tackle economic challenges.
Ekwe, who represented NLC President, Ayuba Wabba, said that it was critical to create wealth for the nation, but noted that wealth creation might not necessarily reduce poverty because of increase in population.
Mr Quadri Olaleye, TUC President, said that the government must create means of employment to tackle poverty, insecurity and other challenges bedevilling the nation.