Osarenoma Uwaifo, the Permanent Secretary, Federal Ministry of Health, disclosed this at a two-day annual symposium on experience sharing on Integrated Community Case Management of Childhood illness (ICCM) on Tuesday in Abuja.

Mr. Osarenoma, who was represented by Bose Adeniran, Head, Child Health Division, said that the data was made known by the UN Inter-agency Group for Child Mortality Estimation (IGME).

According to him, Nigeria contributes 11 per cent of total global deaths of under-five, ranking second on the list of countries with burdens of child mortality.

He said one in every eight children born in Nigeria die before their fifth birthday.

He said that pneumonia, diarrhoea and malaria represented an estimated 58 per cent of under-five deaths with malnutrition underlying about 50 per cent of them.

He said that majority of these childhood deaths can be prevented with high impact interventions and treated with very low-cost medicines which most of these children living in hard to reach areas do not have access to.

“The challenges to childhood deaths remained finance and access to healthcare; that is why the ministry adopted the ICCM; an evidence-based community curative intervention that addresses the issues of access, quality, demand and equity in healthcare.

“Strengthening the ICCM will maximise the impact on treatment outcome for sick children,’’ the permanent secretary said.

Mr. Osarenoma urged state governments to buy into the initiative in order to curb childhood deaths.

The Minister of Health, Isaac Adewole, who was represented by Adebimpe Adebiyi, Director, Family Health Department in the ministry, said that government was working on scaling up of the evidence-based intervention of the wellbeing of children.

Mr. Adewole said that Nigeria with an approximate population of 190 million people and annual growth rate of 3.2 per cent was the second largest population in the world and the most populous nation in Africa.

He said that children below five years of age constituted approximately 17 per cent of this population and Nigeria’s demographic and health indices as at 2013 was characterised with fertility rate of 5.5 per cent.

“The major causes of mortality include neo-natal causes which account for 32 per cent malaria, pneumonia and diarrhoea put together are responsible for approximately 34 of deaths.” 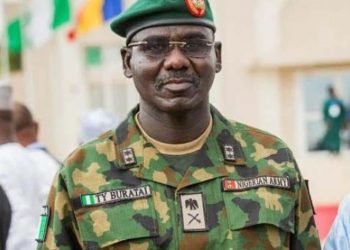