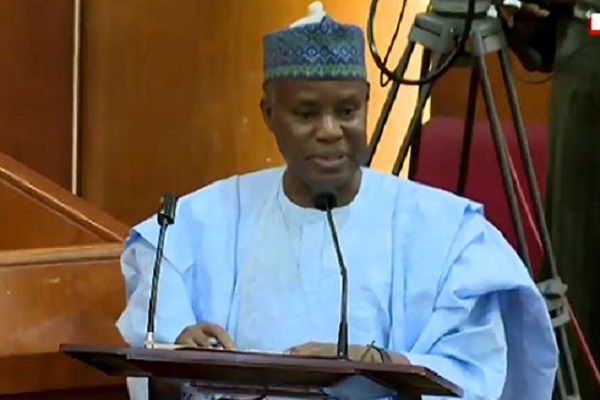 The Minister of Defence, Bashir Magashi, has warned that those picking up illegal arms against state actors would be punished.

Mr Magashi stated this on Wednesday at the State House shortly after the decoration of the Chief of Army staff, Faruk Yahaya, as a lieutenant general.

The statement from the defence minister appears as a veiled response justifying the recent invasion of the home of Sunday Adeyemo, a youth leader better known as Sunday Igboho, by security operatives. The Department of State Services (DSS) said it recovered illegal arms, cash and charms during the raid in Ibadan, Oyo state capital.

Magashi said the Nigerian Army has been given the mandate to go after those in possession of arms.

The minister’s warning comes in the midst of heightened insecurity in the country majorly attributed to the proliferation of light arms and small weapons.

This trend has led to various forms of insecurity resulting in the death and kidnap of thousands of Nigerians.

Disgruntled politicians have often been accused of being behind the proliferation of illegal firearms around the nation.

A former Head of State, Abdusalami Abubakar, said recently that there are over six million weapons in circulation around the country.

Briefing journalists after the event, Mr Magashi said Mr Yahaya has been given the marching order to put an end to insecurity.

He said the new army chief had since started his job very well.