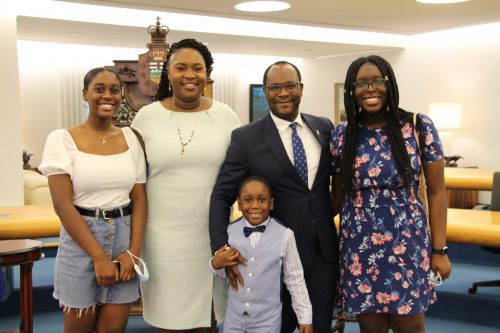 62
SHARES
1.5k
VIEWS
Share on WhatsAppShare on FacebookShare on TwitterShare on LinkedInShare on TelegramSend as Email

A Nigerian-born Canadian, Kaycee Madu, has been appointed as the justice minister and solicitor general of Alberta, a province in Canada.

Premier Jason Kenney on Tuesday elevated Madu to the justice portfolio from Municipal Affairs in a cabinet shuffle that makes him the first Black man to occupy either Provincial or Federal Justice positions of the Justice Minister, Attorney General or Solicitor General.

Madu was born and raised in Nigeria. He graduated from the University of Lagos with a law degree in 2001.

Madu and his family

Prior to his appointment, Mr. Madu was a member of the legislative assembly of the province representing the district of Edmonton-South West after winning the 2019 Alberta general election.

On April 30, 2019, he was appointed to the Executive Council of Alberta as the Minister of Municipal Affairs.

Mr Madu, a member of the United Conservative Party, is the first Nigerian-born cabinet member in Alberta.

Speaking on Tuesday, Premier Jason Kenney said the appointment of Madu makes a powerful statement at a time when Albertans have grown more sensitive to racial prejudice.

He said: “[Madu] is a man who has experienced racial prejudice firsthand and can bring that sensitivity to this important role,” Kenney said. “I’m excited to have him in that position.”

Speaking on his appointment, Madu promised to serve with fairness and equality for all.

He said: “Thank you, everyone, for all the well wishes. I am beyond humbled to accept my new role as Minister of Justice and Solicitor General – where I will pursue fairness, equality, and justice for all with every ounce of strength I have.” 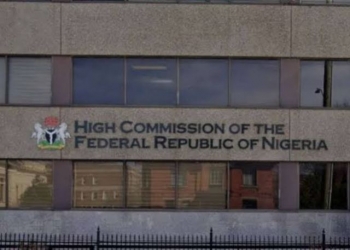