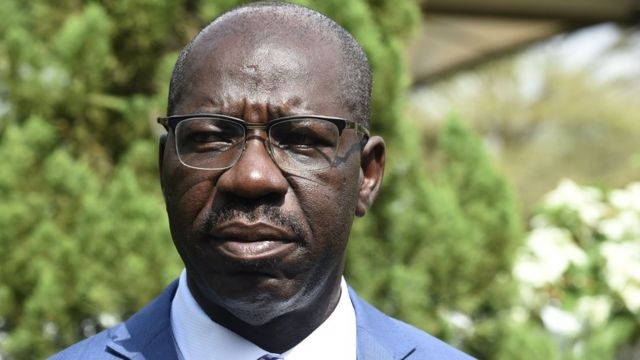 Gov. Godwin Obaseki of Edo on Saturday said that Nigeria’s unity was achieved on the blood of its fallen heroes and should not be taken for granted.

Obaseki made the assertion shortly after laying of wreath to celebrate 2022 Armed Forces Remembrance Day in Benin.

“The unity of this country has been achieved on the blood of our fallen heroes; it is not something we should take for granted or joke with.

“People are still sacrificing in the various arenas and battles in the country today, we shouldn’t take it lightly.

“We are here today to remember gallant Nigerians soldiers and members of the armed forces who lost their lives in the course of defending our country.

“We are here today because people gave up their lives,” the governor said.

He urged the citizens to stop unguarded utterances about the unity of the country.

“People must understand that such careless talks cause lives, and we should not lead ourselves where history will repeat itself in this country,” he urged.

The governor said that his administration would continue to take care of the families of those who lost their lives while defending Nigeria.

He gave the assurance that ex-servicemen were being well integrated into the security system of the state.

According to him, they supervise certain groups including vigilantes.

He said that the state government would continue to invest in security and integrate wives of fallen heroes into various empowerment programmes.

Drug money: Obi Cubana must give details of illicit payments into his account or...