The new certificate was issued following an official request by him.

The governor served his father’s land in 1980 but it turned out there was an error on the certificate issued to him.

His surname was written as Obasek instead of Obaseki and this was one of the reasons cited for his disqualification by the All Progressives Congress (APC) panel which screened aspirants for the Edo 2020 primary.

The decision of the APC, however, led to his defection to the Peoples Democratic Party (PDP).

The coast is now cleared for him to seek his re-election after other PDP aspirants running against him stepped down.

Kenneth Imasuagbon, one of those who stepped aside for the governor, said he was inspired by Obaseki’s performance as the leader of Edo State.

He said Obaseki has been a “victim of godfatherism” and will help the Edo leader fight anyone who wants to “enslave” the people of the state.

However, the National Working Committee of the Peoples Democratic Party (PDP) appointed the Governor of Rivers State, H. E. Nyesom Wike, as the Chairman for Obaseki’s election campaign council on Friday. 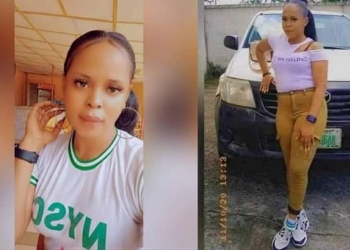 Gbajabiamila's House talks tough: Our cooperation with Executive not a sign of weakness