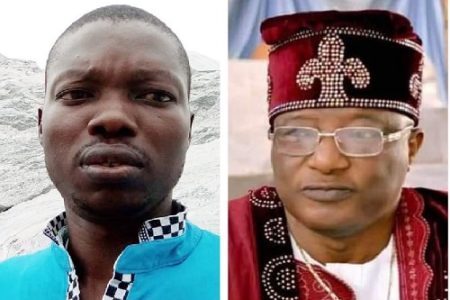 Counsel to Adegoke’s family, Femi Falana, demanded that the matter be transferred to Osun after the suspects had been arraigned before a Federal High Court in Abuja.

The hotelier, Adedoyin, was alleged to have unlawfully interfered with the body while Adedeji Adesola, Magdalena Chiefuna, Adeniyi Aderogba, Oluwale Lawrence, Oyetunde Kazeem and Adebayo Kunle were arraigned on seven-count charge of conspiracy, attempted murder, and murder, among others.

Meanwhile, a top security source who spoke on condition of anonymity told pressmen that everyone standing trial on the case have all arrived Osun state.

“Chief Ramon Adedoyin and other suspects have arrived in Osun ahead of the commencement of their trial on Thursday. They arrived in the state on Wednesday evening.” He said

The family of Timothy Adegoke, the MBA student of the Obafemi Awolowo University, Ile-Ife, Osun State, who was murdered at Hilton Hotel and Resorts on November 6, 2021, has hired human rights lawyer, Femi Falana (SAN) as the family lawyer.

This was contained in a letter dated February 3, signed by Moses Adegoke, the father of the deceased; Olugbade Adegoke, the brother of the deceased; and Bolatito Victoria Adegoke, the wife to the deceased
According to the letter, the family said they are hiring Falana due to their confidence in his expertise and professionalism with the hope of getting justice.
It reads, “We the family of Moses Adegoke have decided to appoint you as our family lawyer, demand for our late son Adegoke, Timothy Oluwadamilare who was murdered at Hilton Honour Hotel and Resorts, Ile Ife.
“We have full confidence in your expertise and professionalism and hope to get justice on the case. Thank you for your great concern and sympathy.”
Falana & Falana Chambers, in a statement sent to SaharaReporters, accepted the family’s invitation, saying, “We have accepted the instructions of the bereaved Adegoke Family.
“We shall handle the case pro bono publico and ensure that justice is done.”
Adegoke had lodged at the hotel when he came to take his examination in OAU late last year before he was allegedly murdered by the owner and staff members of the facility
Tags: Femi FalanaHilton HotelHotelierOsogboRamon Adedoyin
SendShare114Tweet72