by Ediri Oyibo
in Niger Delta, Nigeria
15
SHARES
493
VIEWS
Share on WhatsAppShare on FacebookShare on TwitterShare on LinkedInShare on TelegramSend as Email
ADVERTISEMENT

Delta State Governor Ifeanyi Okowa on Thursday condoled with the government and people of Nassarawa State as well as the Nigerian Navy over the death of a former military governor of defunct Bendel State, retired Vice Admiral Husaini Abdullahi.
In a statement by the Governor’s Chief Press Secretary, Mr Charles Aniagwu, in Asaba, Okowa commiserated with family and friends of the deceased and the people of Doma local government of Nassarawa state.
Okowa said the sacrifices and good-heartedness of the former governor would always be remembered, most remarkably in his contributions to the growth and development of the present-day Delta State.
He noted that Vice Admiral Abdullahi dedicated his life to the service of the nation which was exemplified by his exceptional career in the military and business world culminating in his emergence as Chairman of defunct Inland Bank upon retirement.
“I am deeply saddened to hear the news of his passing. He was a remarkable officer and a man with strong will and character whose wise counsel will be sorely missed by those his life influenced tremendously.
“On behalf of the government and people of Delta State, I mourn the exit of a fine officer and elder statesman, Vice Admiral Husaini Abdullahi (rtd).
“My profound condolences to the family, the government and people of Nassarawa state as well as the Nigerian Navy where He had a brilliant career.
“I pray Almighty God to grant the soul of the departed eternal rest and comfort all who mourn his demise.” 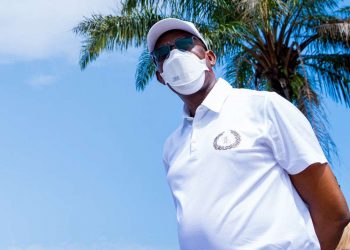 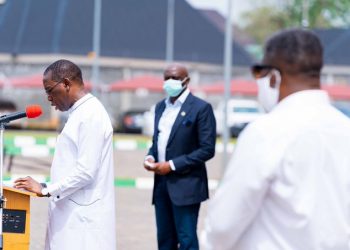