The Peoples Democratic Party (PDP) has condemned the gruesome killing of Mrs Funke Olakunrin, daughter of elder statesman, Pa Reuben Fasoranti, by yet -to- be apprehended, gunmen.
In a statement Saturday by the spokesman for the PDP, Kola Ologbondiyan, the party also lamented what it described as the unpardonable lethargy in apprehending Olakunrin’s killers since she was killed on Friday.
The PDP said it’s heartrending that under the President Muhammadu Buhari administration, the nation has become a killing field and large funeral palour with insurgents, bandits and assassins having a field day waylaying and killing innocent compatriots, especially those making very useful contributions to the development of the nation.
The statement said, “Our party is worried that security agencies are rather engaging in debates over the identity of the killers and hurriedly pointing to a case of abduction even before any extensive investigation has been carried out on the horrific and dastardly act.
“The party bewails that the killing of Funke Olakunrin marks yet another national loss occasioned by the failure of the Buhari administration to secure the nation beyond lip service, a development that has emboldened marauders in our country.
“The PDP posits that Funke Olakunrin must not die in vain. Our dear nation must not continue to lose her finest and brightest in the hands of bandits. Our party therefore charges the authorities to go beyond condolence messages from Abuja and take concrete steps to apprehend Funke Olakunrin’s killers, as well as ensure security of lives in our nation.
“The PDP, while condoling Pa Fasoranti, charges the Inspector General of Police, Adamu Mohammed, to take immediate and decisive steps, beyond the lip service of the Buhari administration, to track down the killers without further delay and make them face the full wrath of the law, no matter who they are”. 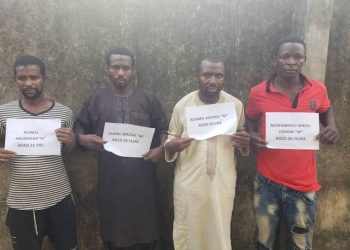 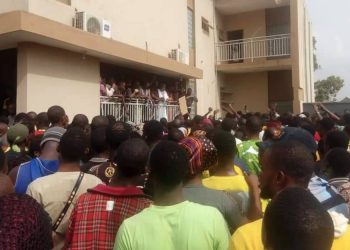